Outside the Box: Spring Broke 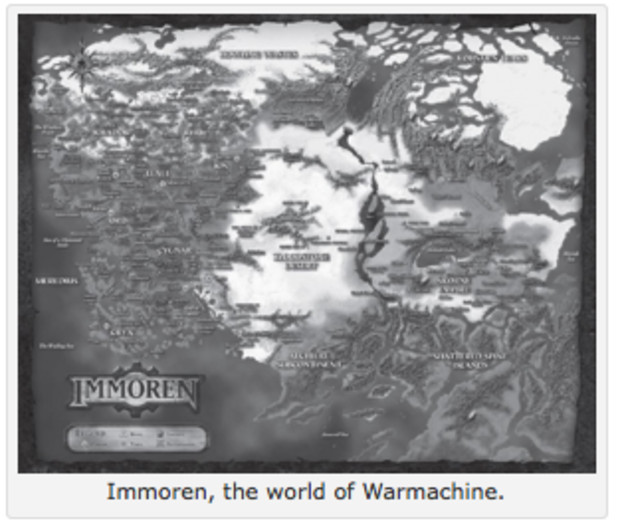 In my opinion, 40k’s world is better. It’s just a deeper setting and far more developed, but 40k has been around for almost 25 years and Warmachine for only about six. And from what little history I know of the 40k setting, it was pretty slipshod in the beginning. However, Warmachine does have steam-punk going for it, magical steam-punk no less, and who doesn’t love that?

It’s really hard to compare both settings when it comes to their story and world design. This is partly due to one having been around a lot longer and partly because I don’t know a whole lot about Warmachine’s lore. What I have read of Warmachine’s lore is very interesting, but it just doesn’t feel like it’s up to the same level. Think about trying to compare Rift’s lore and story to World of Warcaft’s. What I know of Rift’s lore is cool and interesting, but it’s only just come out, while Warcraft’s lore has been around for twentysome years.

Really there isn’t much of a conclusion. Both games are great, and should you find yourself sitting on wads of cash both are worth playing. 40k and Warmachine are solid games and great hobbies. It comes down to a matter of scale, time, and rules preference. Do you like large scale battles with highly customizable models with a more realistic rules system? Or, would you rather play a smaller game that works more like FF: Tactics with predictable models? And while this article barely scratches the surface of the two games, it should help you familiarize yourself with the two biggest miniatures games out there right now.

While I plan to finish painting my Agrothraxx Space Marines, the purchase of the rest of my army will be going on the back burner for a while. In the meantime, I hope you’re ready to hear of my exploits with various mage hunting elves, religious zealots, and lightening wielding blue Warjacks.