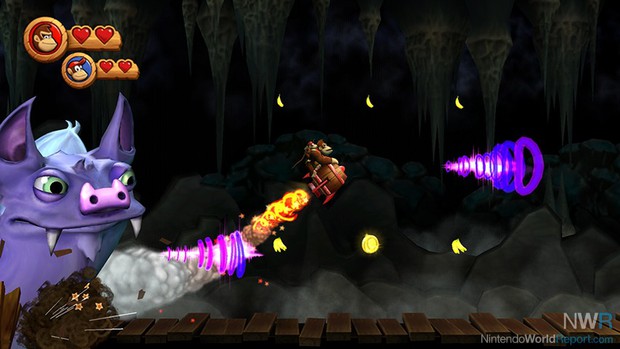 Kirby's Epic Yarn was not designed to be challenging, and so when it is challenging it ends up being challenging in the worst way. A couple aggravating bonus levels aren't going to have too much influence on my overall opinion of the game, but nonetheless, the fact that it makes me say as much while I'm playing it is worth discussing, I think.

Game difficulty is an interesting thing. I usually play games on easy when I get the choice. Occasionally it makes games feel too easy (No More Heroes 2). Sometimes it's just right (No More Heroes). But it's not worth it to me, with the exception of Donkey Kong, if I have to play through a section of game over and over again too many times. I play games for the experience. Then again, I don't dislike challenge. Certainly the challenge is what's fun about the Mario Galaxy games. But they arguably push it a little farther than it's meant to go at the end - at least in the first game.

I'll end by pointing out that the game I consider to be the most fun game I've ever played, The Legend of Zelda: The Wind Waker, is often considered too easy. Ah. But consider the wide variety of things to do and experiences to be had in that game. Consider the pure unadulterated joy of every encounter. Fuck I love that game.
#Community    #OpinionEditorial
Login to vote this up!