What does "interactive media" mean to you? PLZ help with my thesis:P

8:03 PM on 03.14.2011 (server time)    0
I've been playing videogames since I was 6 and have grown up, as millions of my peers have, in a world of virtual interconnectivity ushered in by the advent of the internet, social networking and online gaming. Now, I'm a senior majoring in American Studies at Cal, I'm writing my thesis on how the internet has changed the way we, humanity, perceive information and communicate with one another. Any of us who have played a Zynga game, done an instance in WoW, trolled on YouTube boards or fapped on DToid know that the communities we circulate within, communicate with, and are influenced by exist as much in the virtual world as the "real" one and that the distinction between the two is growing ever-smaller. What is changing though, how have you been influenced virtually and are we heading in the direction where communication is made easier and more expressive online or are we all getting lost in the digital white noise?

The author James Gleick makes the comparison that the internet, and by extension its social network, is like the human genome in that it is a meandering pathway of information, but, unlike our bodies, our messages, our communication, is often found lost within the maelstrom of information overload, data glut. With the seemingly endless dump of information and technology we are exposed to every day, how can we determine what is important, what is useful knowledge instead of just cancerous memes (IE Charlie Sheen, the tea party, Tweets about poo)? Clearly, we've always had useless information perforating part of the human experience, where seemingly dumb cultural fads take root (the pet rock, Pokemon) based on word of mouth, but we've had great successes because of social, interactive media as well (the protests in Iran in 2009, and Egypt currently, the agitation for union rights in Minnesota, etc.). My question is, what direction do you see the internet/interactive media/online gaming going in the coming years and can we, the users, direct this new era of virtual interactivity in ways that benefit the human race/planet with the power of communication?

I'm fairly new to the DToid community, but I want to use this Blog as a research tool for my essay as I think it's a much better resource to use when talking about the medium of the virtual online world then to go through books that are almost rendered out-of-date as soon as they go to print. I'll be posting continuing questions and, hopefully, surveys in the coming weeks as my research continues, but I'd love to hear from the DToid community, I fap to you all in a slightly salty salute.

A partial map of the internet 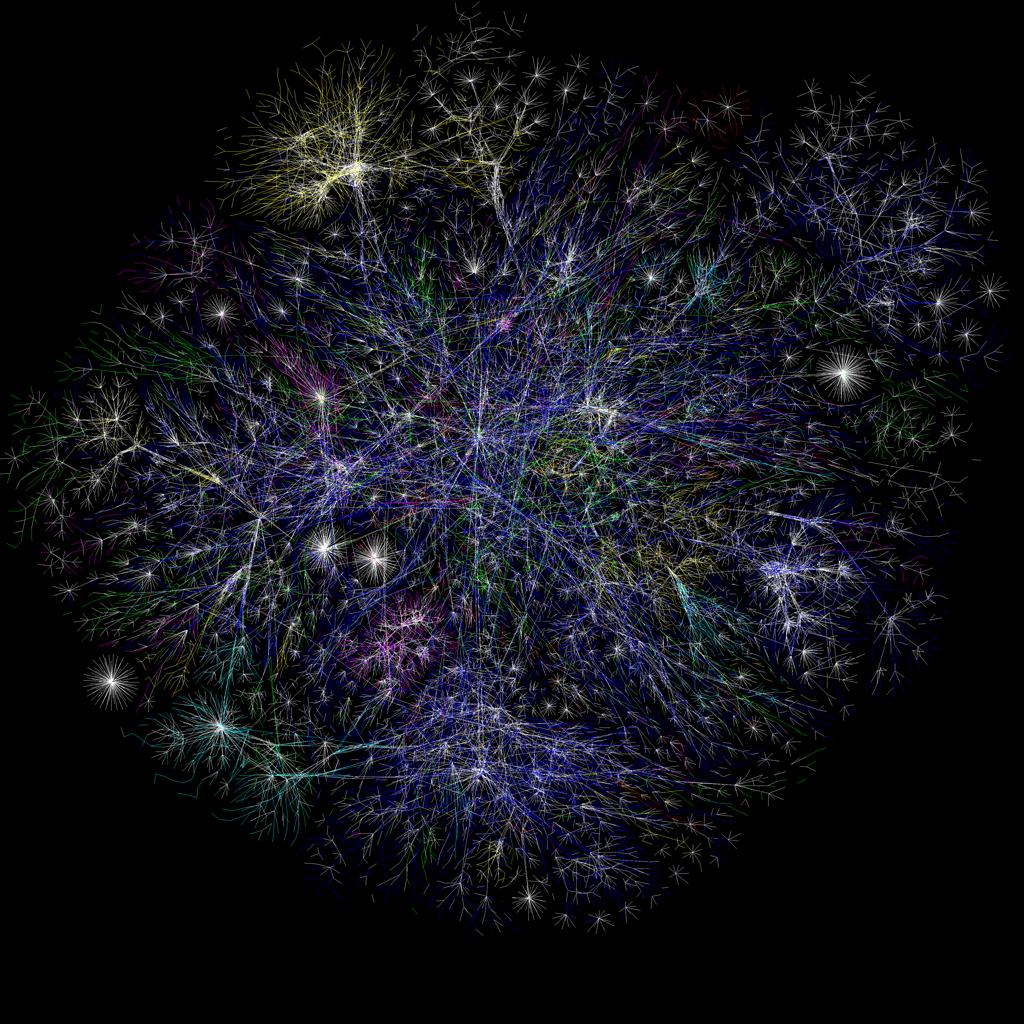