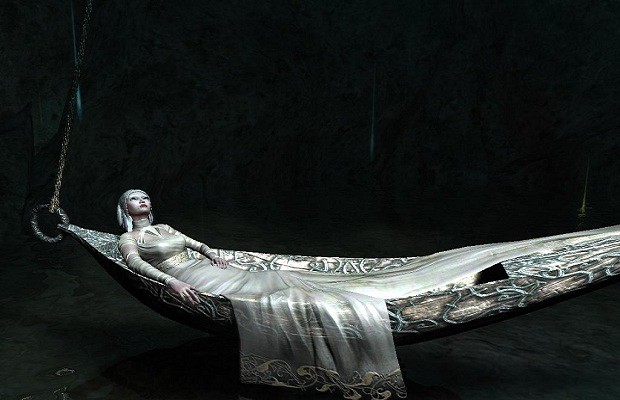 There is a difference between a difficult game, which can be a challenging version of a familiar and accessible scenario, and one which is brave enough to manipulate its players' negative emotions. Sadness, anger, powerlessness and boredom are a part of everyday life and while many would argue that games should be an escape from those things, they are also emotions which can enhance the positives and elevate an experience, be it a book or a film or a game, to a level where you feel better for having gone through it and maybe even teaches you something about yourself. I'm not going to pretend that gaming is the only medium where those kinds of experiences are kept outside the mainstream, but it is a medium that more than most seems fixated on the short-term reward, constantly throwing treats to its players to entice them a little further towards the end. There's nothing wrong with that, but it does result in a lot of games feeling emotionally flat and forgettable. In games like Call of Duty, that's fine: who wants to feel something when there's shooting to be done and kill/death ratios to increase? It would be interesting though to play a war game that challenged gamers to take in the boredom, or the more mundane difficulties, of being a soldier, rather than a constant flood of viscera and explosions. If combat only broke out once or twice in a game where the vast majority of time was spent performing menial tasks, those moments would be absolutely heart-pounding, especially if combined with the permadeath which AwesomeExMachina so eloquently advocated in his Monthly Musings post.

I don't know or much care whether games can be considered art, but I do know that when I look at many great works of art, they inspire a mix of positive and negative emotions and challenge the way I would normally look at life. When I play games, the emphasis almost always seems on positive things, be it offering regular doses of success or looking visually attractive, for example. (Ice-Pick Lodge's Pathologic is one of the few games I've played with the courage to be genuinely - and deliberately - unpleasant to look at, yet is stronger for it.) Games might not need to be art, but it wouldn't hurt to step back and take some inspiration from it. Van Gogh's depression caused some of the most stunning paintings ever put to canvas. James Joyce's Ulysses expanded my views on what could be achieved and conveyed through literature. Ice-Pick Lodge's The Void inspired me to come up with a topic for this Monthly Musing. Sometimes a little suffering can go a long way.

Hit-Reset: Is it time to send the Wii into retirement?

Hit-Reset: 25 Years of Zelda - The Legend of Zelda (NES) retrospective
#Community    #OpinionEditorial
Login to vote this up!