So my boyfriend got Mass Effect 2, and it got me interested. So I started playing Mass Effect (the first iteration), and well, it got me hooked. I’m a good ways into ME2, and I’ve gained an unhealthy obsession with the games. I thought I’d share some of my thoughts about my playthrough of the first game. It can be a refersher course for some of you guys who haven’t played it in two years, or a puzzling series of doodles for those of you who have never played the game before.

Be warned, though, SPOILERS AHOY. 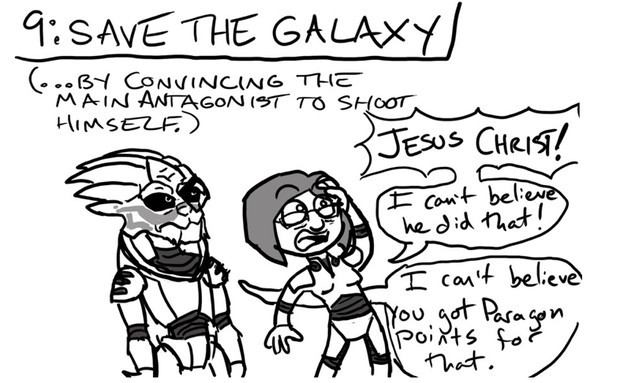 That’s all from my end. Let’s do this again sometime!

Me? I’m going to be spending the next week romancing the FUCK out of Garrus. You heard me.