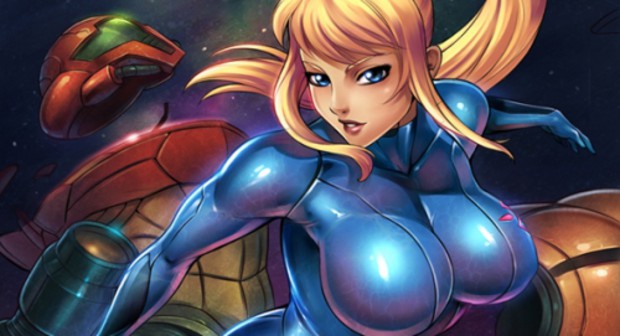 This is the header image, because it's okay to use misogynistic images to drive hits as long as you condemn the image. Bad image! Bad!

Game journalist journalist: n - And individual who writes (professionally?) about computer and videogame journalists, although may not adhere to a professional work ethic. May hypocritically condemn hyperbole while posting an article titled "Gamer Limit hates women," after reading an article written by one person. May criticize journalists for being unprofessional and offensive while posting an article with "Herp Derp" in the title. May start calling a person "Jeff," without fact checking whether the name is actually "Jeff." May not be particularly forthcoming about his own identity, in order to avoid any reprisal for his professional writing. May be incapable of recognizing blatantly obvious satire. May be unable to handle criticism. May claim that "gamers deserve better," which is absolutely true. See also: pompous hypocrite

Some guy of Game Journos a few days ago posted a rebuttal to a list of "Top Five Female Role Models," and by "rebuttal" he presumably means "I have no idea what the hell I'm writing about" or, at least, "I can't detect satire laid on as thick as molasses."

For those following along, "as thick as molasses" is a simile. I don't actually mean that satire share characteristics with the viscous syrup. This paragraph is necessary because unless the writer tells the reader precisely what he means when he writes something, there's no possible way to divine the actual intention.

(By the way, that last sentence was an example of sarcasm.)

But I digress. Let's take a look, shall we?

"Kyle tells us exactly how he feels about Aya - she's a piece of meat, and he gets an erection. Boy, what a role model!"

Wait, being a piece of meat and giving guys erections isn't the sign of a strong female role model. Why would the author say "what a role model!"? That doesn't make any sense! Wait a minute! Sarcasm? That's STRICTLY FORBIDDEN from professional writing.

"Wow. That first sentence aside, there is not a single part of that paragraph that doesn�t come across as misogynistic, demeaning, degrading, objectifying and offensive. Way to be, Kyle. Really, are you actively setting out to prove my claim that feminism is relevant to the industry and to game journalism? Because honestly, I don�t know whether to thank you or to stick a grenade up your sphincter and pull the pin."

It's true, there is not a single part of that paragraph that doesn't come across as misogynistic, demeaning, degrading, objectifying, and offensive. It's almost as if the author of the original article were trying to write something so extreme that it's not even fathomable for a reasonable person to believe that the author is genuine. Of course, Kyle didn't anticipate that writing something 100% ridiculous could be taken seriously by anybody.

"It�s just occurred to me that none of the female characters in their header image... are actually featured in the article. Well-rounded, fleshed out characters such as Alyx Vance from Half-Life 2, the Tetra incarnation of Princess Zelda as seen in The Wind Waker and Phantom Hourglass, Jade from Beyond Good & Evil and Sarah Kerrigan as seen in StarCraft: Brood War are seemingly to be featured in this article, but aren�t mentioned anywhere at all. Not only is this misleading, but the omission of Alyx from a list that is supposedly about female role models is appalling."

Yet another red flag that should have tipped off anybody with an iota of reading comprehension, the "misleading" header image clearly lets (most) readers know that the characters in the header are actually strong female role models, and their absence from the text in the article illustrates that the women featured in the countdown are truly the opposite. So, rather than being "misleading," the header exists as even more evidence that the article is satire.

Kyle later issued a statement, spelling it out for the slow people in the audience. "If you didn't understand the article was satire, for that I am sorry." Others have pointed out that the statement "isn't an apology."

Damn right it isn't! He doesn't have to apologize to you, because he did nothing wrong. If I were required to issue a statement, I wouldn't have even been as accommodating. Mine would have gone something like, "I am sorry that you are actually so stupid that you couldn't recognize the article as satire."

And that's what it comes down to. If you got offended by Kyle's article, then you are one of two types of people. You either are scouring the Internet looking for reasons to be artificially offended, or you are just plain dumb. And I honestly couldn't tell you which is the better of the two.
#Community    #Rants
Login to vote this up!