Three Reasons Why I'm Excited For The Darkness II 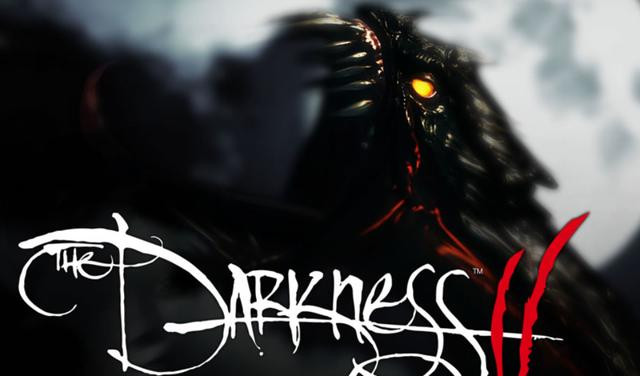 Note: I will be talking about certain spoilers about the original Darkness game. If you are going to play the game before the second one releases, I STRONGLY recommended you skip this blog. So this is your warning. Turn back now or forever be spoiled.

It is no secret that the Darkness is one of my favorite games of this generation. The gunplay, powers, tone and gripping story of vengeance kept me all the way to the end. The Darkness, for anyone the skipped my spoiler alert, is a game about Jackie Estacado, a mobster that was taken in when he was just an orphan. The man that took Jackie was "Uncle" Paulie, a vicious man that controlled the Italian mob that Jackie was brought into. On his twenty-first birthday, Jackie receives a gift that will forever change his life, The Darkness. After that point on, the game takes Jackie through a roller coaster ride through Hell and back... literally. Starbreeze Studios did such a magnificent job bringing life to the story of ever struggling mobster. They did such an excellent job on the game that it is one of the few games that has actually almost made me cry. We will talk about that more later though...

Last month, the Darkness II was officially announced and I cannot contain my excitement. After reading an article in the newest OXM, I know I will pick up this game day one. Here are the reasons the first one has hyped me up and what I look forward to... 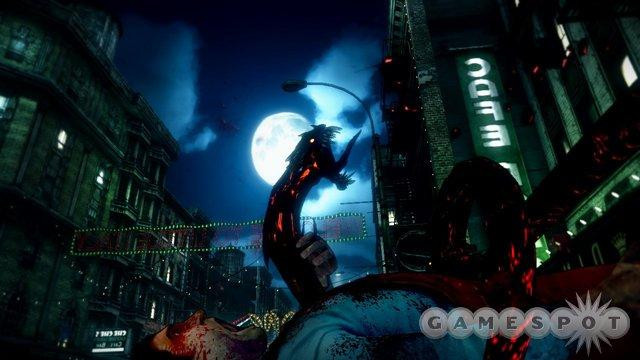 The original Darkness game played a bit... stiff. Every way Jackie moved or performed a task, it just felt slow and stiff. One of the other small complaints is that there is only a handful of moves you could use with the Darkness. Well, from what I've read, most of these problems have been heard. The gun combat, as I've read, is fast a brutal. Bullets and sparks flying everywhere in a wonderfully chaotic symphony. Blood flies as limbs are shot or... ripped off. New Darkness powers also come with this sequel, and they sound devastating. Some of the new devastating executions include moves like the Daisy Pop (yanking off an enemies head) and the Anaconda (wrapping one of your Demon Arm's around the enemy, you pop the second one right out of his chest). The demon arms aren't restricted to only certain executions now however. The left Demon Arm can be used to grab, wield and throw objects at enemies. You can even pin an enemy to the wall with a lead pipe if you aim it just right. The right Demon Arm can be used as a brutal slasher. You can cut in all different directions with the right arm and even cut off their limbs in an oh such satisfying way. We have also been told that you can combine these moves, grabbing an enemy, slicing him up to a bloody pulp and then throw him into another enemy.

You remember those little Darklings you could summon in the first one? Yeah, remember how useless they were? I never once used them except for a diversion, but they didn't usually last that long anyways. Well, this time around, they are going to attempt to have you tied to one Darkling. He is said to be more useful that the precious incarnations and brings some of the dark humor. Yes, that includes him peeing on corpses. He is said to actually have an impact on the story as well, which I rather look forward too as well. 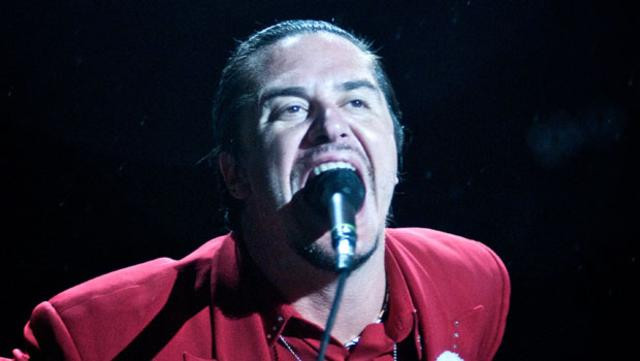 Some of you has expressed to me that you don't care for Mike Patton's music career, which is understandable. However, you cannot deny that he did a phenomenal performance as the Darkness. You object against me, I will find you and punch you in the balls three times. 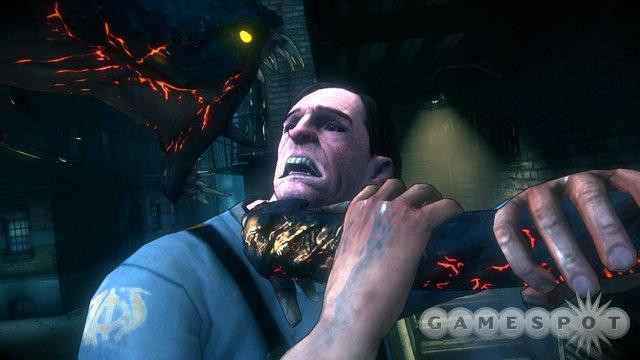 The story drove me to want to continue in the first Darkness. The betrayal and struggle with one's self kept me going. The original took you to hell and back and then back to hell again. Jackie's quest for vengeance and the blood of those that killed his love, Jenny, drew me in and didn't let me go until it was all over. Well, I was excited beyond belief when they announced that writer Paul Jenkins (who has done many The Darkness issues and wrote the script for the first game) was on board for the sequel.

SPOILER: I am going to discuss the preview of the story that we know so far about The Darkness II. Skip this paragraph if you want to go in knowing nothing. The Darkness II takes place three years after the original game. Still haunted by Jenny's death, Jackie is seeing visions of Jenny. These visions made a tiny appearance in the original Darkness about young Jenny so who knows what they could be. Currently, Jackie's mob is in a gang war with a different mob, swapping bullets all through the streets of New York. This isn't all though, Jackie gets kidnapped by a small group that know about the Darkness and want it for themselves. This could lead to an interesting enemy type, instead of just fighting people with guns.

As the game gets closer to it's release date this fall, more info will slowly pop up. The anticipation is killing me to get back in the shoes of my old friend Jackie and help him with his demons. The original is one of the few games that almost brought me to tears. Jenny's death made me want Paulie's blood as much as Jackie wanted it. If the sequel is anywhere close to as good as the original, we will have another classic on our hands.

Read the newest OXM for more info/screeshots of The Darkness II!
#Community
Login to vote this up!