My father indoctrinated me into the world of science fiction when I was a young child. Star Wars, Star Trek, Doom, Larry Niven and Robert Heinlein novels…I was exposed to it all whether I liked it or not. Similarly, I’ve been in love with survival horror since I first played Resident Evil on the Gamecube. So this whole Dead Space thing seemed like a match made in heaven – a game made just for me.

I’ve had a Wii much longer than I’ve had my PlayStation 3, so the first title in the series I managed to get my hands on was Dead Space Extraction. Despite all the hate it got for various design and platform choices I genuinely liked the game. 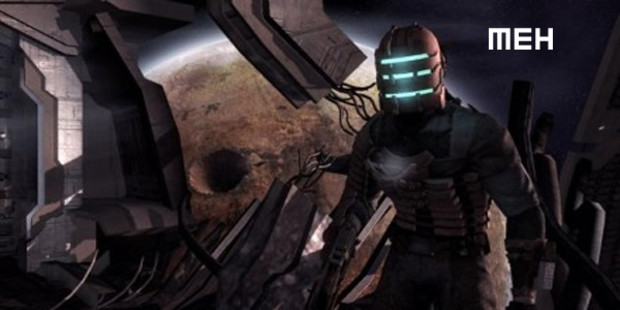 I get so bored I decide to look something on the internet up. “THIS GAME HAS TWELVE FUCKING CHAPTERS?” I was barely half way through that shit and I wanted to be done. Then you get near the end and there’s the annoying “puzzles” – if you want to call them that. The people that said Dead Space is what Resident Evil 5 should have been have to be fucking kidding themselves.

I really like what EA have been doing lately. Extraction, Dante’s Inferno, Mirror’s Edge, Battlefield, Medal of Honor, in my opinion it’s all been fantastic. I went into Dead Space expecting a decent game, but now can’t for the life of me figure out why people like it so much. The most I can say for it is its mediocre, satisfactory, fair, a decent attempt at a new IP.

So I hear Dead Space 2 came out…not really that stoked anymore though. LMK when the next “shitty” rail shooter game comes out I’ll be all over that.
#Community    #PS3
Login to vote this up!