How to Make a Pokemon

I can hear the cries of "Blasphemy" from over the hill, so I'll try and make this as brief as possible to avoid being pitchfork'd to death by the angry mob. Basically, I've been a fan of the franchise from the beginning, and I enjoyed everything through the first two generations (Red/Blue/Yellow and Gold/Silver/Crystal). Some time in 2001, while playing through Gold, I realized that there would have to be another Pokemon game after this, that I would never truly be able to 'catch em' all', and that Nintendo has successfully trolled the masses by perpetually keeping anyone and everyone from doing so. That's when I put the game down.

That's when things started to go downhill anyway, it would seem. I followed the franchise despite my unwillingness to do what it's tag line demanded of it's players, and I saw things. Terrible things: 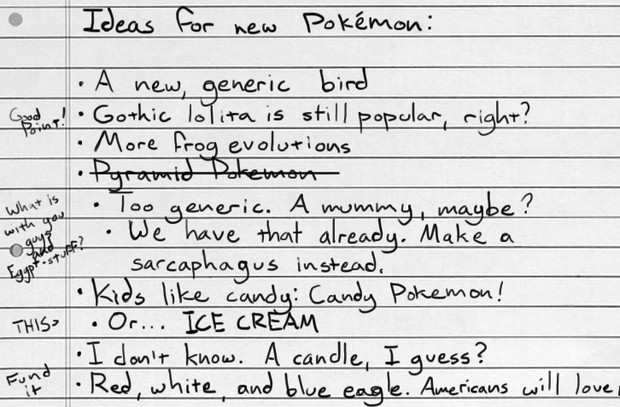 "So a moai statue, an ice cream cone, and a candelabra walk into a Pokemon center..."

So if you still play Pokemon, more power to you, but I just can't bring myself to play a game where you essentially fight balloons vs. ice cream cones. That's a fight that no one wins. No one.

(PS: SNORLAX OWNS)
#Community    #Rants
Login to vote this up!