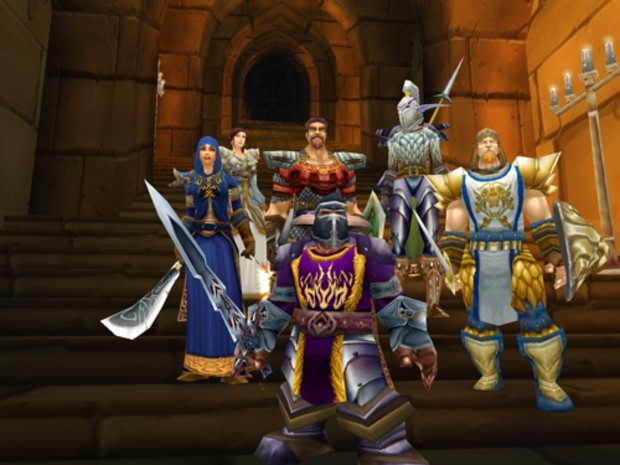 Massively multiplayer online role playing games (MMOs) are notoriously known for destroying and sucking up lives as well as giving virtual freedom to those trapped in real life shells. May it be neglecting to shower and or falling in love with someone half way around the world or maybe getting fired from your job for not showing up to work because you're too busy raiding... Hell maybe you even pay your rent by gold farming... Whatever the consequence is, the gaming community, as well as society, cannot deny the huge impact that MMOs have.

I am sure just from this post alone, anyone who reads it has at one point tried a MMO. Perhaps it was a free-to-play MMO like Runescape, Perfect World, Flyff, MapleStory, etc... or a subscription based MMO like Everquest, Lord of the Rings Online, or the giant monster World of WarCraft. At least half of you who have, maybe it's changed you in someway. Though maybe it hasn't.

Regardless, if you're looking for a way to pass any hour and learn a bit behind the psychological, social, and emotional effects MMOs have on people, hop on over to Hulu and check out Gamers.

It's a free to watch (with some commercial interruptions)documentary about MMOs. It covers anything from hardcore con goers to just the average Joe and takes a deeper look on MMOs impacts on both the game industry and players alike. I'm roughly half an hour into it and I never knew there was such a controversial competition between the free-to-play developers and subscription developers.

And after you watch that and have a Netflix account, you might want to check out Second Skin if you haven't already. (It's a bit more of a personal look at MMOs by following a small group of people and taking a look at the way their lives turned out after playing a MMO.)

I know that I'm going on my third or fourth year of playing WoW and I've played a handful of free-to-play MMOs on top of trying other subscription based MMOs. When I first started WoW, I was pretty much an addict. I was gaining a level every two days (back when I was in high school and also worked for 4-5 hours after school); I was known to spend my whole day off (13+ hours) playing WoW. My reasons for playing expanded anywhere from wanting to feel a sense of accomplishment to just killing time.

Though the biggest reason I played was to distract myself from shit that was going on. I'd prefer to not get too personal, but for awhile I hit a really hard time in my life where I was borderline - if not - clinically depressed. It came from a mixture of being terrified to face the real world as I graduated high school, feeling like a failure because I was only working instead of rushing to college like everyone I knew, and multiple problems with family and friends. To me, WoW occupied my mind to bring a sense of comfort. I would get myself so into trying to figure out a game plan of how I was going to obtain some set of armor or wanting to hit this level at a specific time that the troubles I normally faced faded away for a few hours.

Luckily, I managed to get myself out of it before I became a serious case. But as I watch this, I find myself somewhat relating and being thankful that I didn't completely give up on "life". Especially with the complete 180 that my life has made now.

Do I still play? Yes but now it's purely a time killer. I don't mind canceling my subscription and I hardly play anymore unless my free time schedule doesn't match up to anyone else's. Then I'll play.
#Community    #Indie
Login to vote this up!