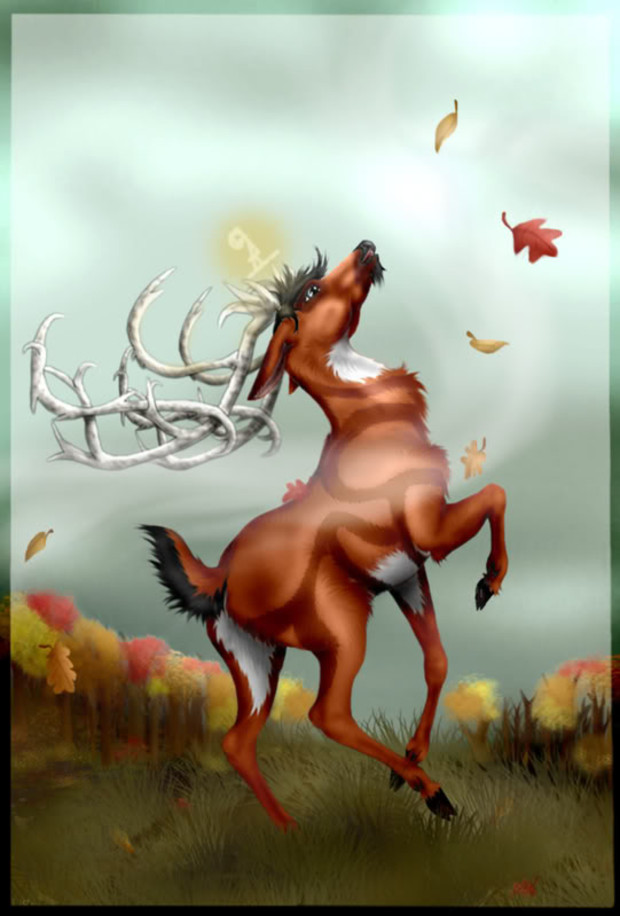 The second character I created was reckless, lost buck. Paavo Amadeus Baroque was a descendant of royalty who grew tired of the rules and responsibilities placed on a prince. He decided to run away from home in hopes of living a much simpler lifestyle. He also had an imaginary friend whom he would frequently talk to or play with. The nobility in him never disappeared, however. He might not have been proud of his bloodline but a sense of loyalty and bravery ran through his veins even in his early days. Though he was a bit on the stupid side. With his character, I let his emotions get the best of him. As a prince, he longed for a princess but found himself falling flat on his face from rejection. His love life might have never had a chance to fully bloom, but his dedication and protective nature remained. Though his newly developed bitterness only gave him an excuse to be a jackass.

(What I liked the most about his character was that I based him entirely around music. I named him after my idol, Paavo Lotjonen. He even held a similar Finnish accent when he spoke. His middle name was a reference to Wolfgang Amadeus Mozart while his last name was in honor the baroque era of music.)

The atmosphere was fantastic within the woods. At times, I would sign in anonymously just for the ambiance of nature sounds, especially during thunderstorms. So after all the work I put into piece together elaborate characters, why did I abandon the game? The truth was it soon became a very demanding game to play. When you become apart of a thriving community, you need to keep up with the flow. Every day new, unexpected events occurred that required almost always being on. If not, you missed out on a chance to be apart of the next chapter of life that all the other players were opening. Work and personal events from life often kept me out of the Forest for a few days at time. By then, I missed out on far too much and could not keep up.

For awhile, I found myself being somewhat obsessed with trying to keep the pace of the others. I spent all my free time sitting and waiting for those I knew to get on. It soon became almost like a second job. Rather than have additional stress coming from “need” to constantly be at a second place, I figured it was best to simply fade away.
#Community    #OpinionEditorial
Login to vote this up!