9:25 AM on 02.22.2011 (server time)    0
The other day I remembered that I had Alan Wake hidden somewhere in the nethers of my incomplete game pile. It’s kind of silly that I took so long to pick it up again, because once I put the game in it only took another 5 minutes to beat (I had stopped playing right before that evil tornado bullshit). So now, I can breathe a sigh of relief and can finally put my thoughts on e-paper.

Let’s begin with the good. 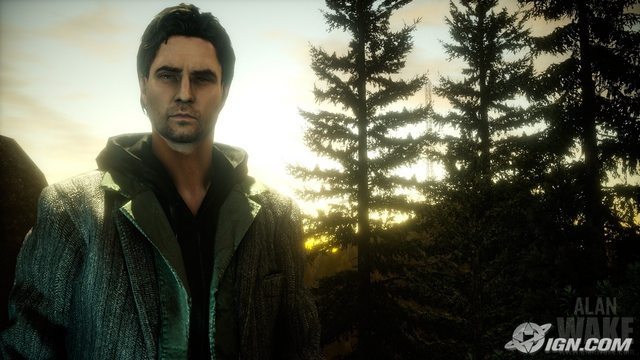 I’m not sure if this makes any sense, but the story was interesting despite the plot being a bit convoluted. For example I enjoyed playing as Wake pre-Bright Falls in his apartment, listening to the radio show, reading the manuscript pages (although they were pretty horribly written), etc. It provided for a nice atmosphere.

I also liked how the game mirrored pop culture icons -- I think the shining achievement was the Night Springs TV show in the game (which of course pays tribute to the Twilight Zone).

There were also a few startling moments that got to me – the trailer that gets picked up while you’re inside and you have to escape, a Taken storming out of a bathroom stall, bulldozer of death, etc. But they were few far in between to make the game thrilling for me. That brings me to…

The bad and the ugly 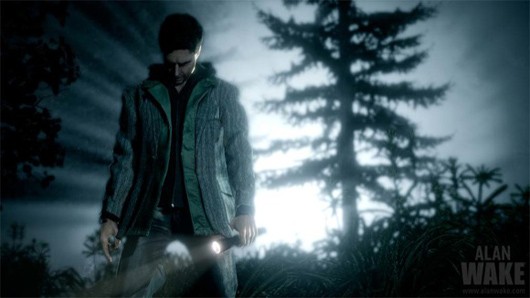 Trees. I used to love trees. But I don’t think I like them so much anymore. In fact, I’m thinking about burning down some forests in Minecraft to wipe my head clean of forests. I think there was a grand total of one chapter where you didn’t have to walk through a forest. It was a farm surrounded by trees.

The flashlight idea. At first, I thought it was cool and added a neat aspect to a game that I haven’t seen before. But after killing the 300th Taken I wanted to throw the effing thing over a mountain. It got so repetitive, so boring that I started running past the Taken just so I didn’t have to deal with it anymore.

The plot. I’m not going to spoiler anything here, but to me it seemed like they tried too hard to make something out of nothing. I mean I got it, I understood what it was going for, but it set the audience up for something that wasn’t there. I thought that maybe the DLC would cover the missing piece (which, in my opinion, is not what DLC should be used for), but when I read about it, it seemed to be a continuation of the same bullshit. Anyone who has played through the DLC please tell me if you found otherwise.

So in summary, if someone offered me a copy of Alan Wake or a fresh plate of hot crispy bacon, I’d go for the latter.
#Community    #reviews
Login to vote this up!