RandomWolf2: The title still has nothing to do with the content

4:28 PM on 02.21.2011 (server time)    0
Now we are at the third episode of RandomWolf. The characters have been introduced, the setting has become familiar, and we are about to start going into actual character development. Are you as excited as I am? Probably not. Hey, who wants some...

More Incoherent Ramblings?
Or, Today's word is brought to you by T3HM0RR0W 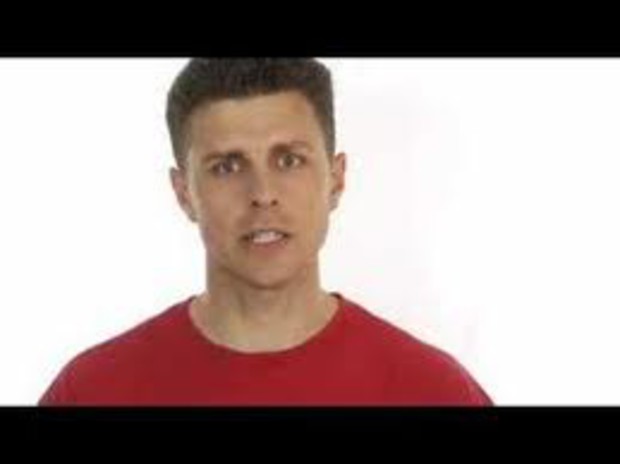 Antidisestablishmentarianism. It means "the opposition to the belief that church and state should remain separate," and it is one long word. You know what else is long? Yes, that was a setup for a boner joke. Heh. Boners. mrandydixon. He has a pink robe. Robes are very nice and soft, and are very superior to Snuggies. Anybody who thinks that the Snuggie is a good idea is kind of dumb. Dumb. Like people on Jersey Shore. I hate Jersey Shore, and always enjoy it when Joel McHale makes fun of it on The Soup. I found out that Occams enjoys The Soup yesterday. Soup. Chowder. Damn, I want some clam chowder right now. Bye guys, I'm going to get some chowder, and after that I'll finish this post!

That was still really fun, and it was probably some of the fastest typing I've done in quite some time.

Yup, it's Cave Story.
Or, Find something else to talk about, Rex!

I still can't get over how amazing the concept art for Cave Story 3D is. There have been some complaints about the character models, and frankly, they're ridiculous. The first one is that Quote shouldn't have stayed in "bobblehead mode" and should have gotten a character model that looks more like some of the official artwork; taller, skinnier, and more human-proportioned. That would really be fairly hard to do, because as the game is still Cave Story, Quote would still need to take up no more than a tiny square of space, and fitting a normally-proportioned person in there would just make him look ridiculously small. Also, some people complained that the models for Quote and Balrog were somewhat lacking in detail. To those people: Have you ever played Cave Story? The characters are pretty darn small on the screen, so what they have right now is fine. Anyway, the game doesn't even have a release date yet, so there's plenty of room for improvement. If you haven't figured it out yet, I'm excited as hell. The next paragraph may have spoilers, so if you haven't beaten the game, don't read it!

Finally, I have reached the Sanctuary! My strategy for all of the "final" bosses after Misery went something like this: Play it safe until your gun reaches level 2, then get as close as you can and unleash everything you've got! This strategy almost didn't work though. I beat the Undead Core with only a few points of health, and I only realized during the would-be escape from the island that I had run out of rockets in that final barrage. The Sanctuary is exhilarating. It is tough, but fair, and keeps the blood racing and you in constant danger. Also, I'm stuck on it. Damn lack of gaming skills...

Rise of the Bends
Or, Rex feels like talking about music. Again. 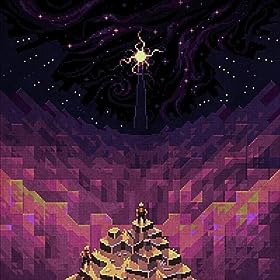 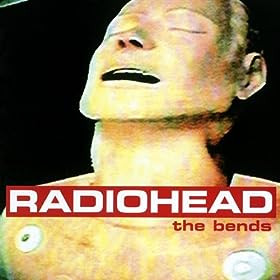 I have no idea if I'll be able to keep this up, but in the time between now and the previous edition of RandomWolf, I got two more albums, both of which I highly- well, you guys will just have to wait and see.

The first album, Rise of the Obsidian by Disasterpeace, was already featured in an edition of Stereotoid, which is where I found it. So, yes, it is a space-themed chiptune concept album, and, yes, it is glorious. As a cohesive album, it flows magnificently from beginning to end, but there's a song or two in there that, while great in the grand scheme of things, isn't very interesting by itself (I'm looking at you, Beta's Brilliancy!). This is some top-notch chiptune right here, and a few songs that I would select as standouts are Jump Error, The New Formation, and Club (Rex?)Wolf. (Adrift is pretty good, too, but short.)
Rex Rating: Chiptastic! (...that was pretty bad, Rex. Try harder next time.)

The next album, The Bends, is Radiohead's second, and is also the second album recommended to me by Law. Often when I encounter a new artist, I take to the instrumentals almost instantly. Then, it takes a song or two to start appreciating the entire audible package. After I listen through once, I go through again and pay attention to the lyrics. With Radiohead, I was loving the music almost instantly, and decided to move straight to step three. Long story short: I love the album. A few standout tracks for me are the titular song The Bends, High and Dry, and Street Spirit (Fade Out).
Rex Rating: Law and I have crazy similar musical tastes. (Excellent, for you less intuitive folks)

Random Stuff
Or, Rex has a few short things to say

A little while ago, user FKinthecoffee wrote a subpar "First Impressions" for Deadly Premonition. He was obviously from IGN, because of what he thought constituted a first impressions article: straight facts that everybody knows already and the slightest hint of opinion at the end. Man, I hate IGN's press release style news. NEXT TOPIC!

I finally finished Firefly today. Such a fabulous series. I was going to pick out a favorite episode or two, but I can't, due to the fact that they're all fantastic! I started to watch Serenity, but decided to make it last and wait until next weekend. I know how much some people like Firefly, so hopefully mentioning it gets me faps again. Crap, did I say that out loud? Well, this is awk-NEXT TOPIC!

I seem to try to work my name into quite a few things. Maybe it's some innate narcissism or something. NEXT TOPIC!

Not so long ago, HandsomeBeast (My frenemesis, if you weren't aware.) showed everybody what he thought I looked like. Well, two can play at that game! Maybe even a third person, too, but right now it's just between me and him! Let's see... He tries way too hard to be cool, he has a rival who is not only better than him but has been around for longer, and for some reason, some part of me likes him. I had almost figured it out, but then he said that he was "darker than Holmes," and I finally realized what he looks like! Ladies and gentlemen, HandsomeBeast! (click on the link!)

Now, we must wrap today's thoughts up: My mind is a scary place, I adore Cave Story, I enjoy Disasterpeace and Radiohead, I dislike IGN, I watched Firefly, I'm a narcissist, I know what HandsomeBeast looks like, and I love New York.