Fable 3 review, if its rusty, thats cause' I am.

12:29 AM on 02.20.2011 (server time)    0
I question the reason behind Fable 3's existence. The game lacks any improvments to its predecessor, in fact at times I found it to be worse. The very first thing I though when I began to controld my character was, "Does this look worse the Fable 2?" I'm pretty sure it does.

Fable 3 simplifies the already pretty simple Fable 2 formula, to a point I found it just taking away some from the experience. As simple as it may be, annoying technical errors are very apparent, and can be found more often then myself would like. Yet nothing compares to the fact that my dog has become a usless fart and I can't aim hte ball while playing fecth with the little bugger. At least he is still cute, and yes, it really does mean that much to me.

Despite all of that, I find myself still rather enjoying the game. I would go as far as to say it is pretty good. Its story, morality system, and combat are all good enough to outweigh the technical shortcomings of the game. There are just too many people to kill or save, love or hate, or kill... Too many things to buy or customize or find. It does all turn out to be fun and rewarding. I've also found myself being very fond of the world that is Fable.

My time as a dictator felt shortly lived and my final battle not particularly grand but, it still felt good. In the end it was worth all the fun I had, yet I strongly belive playing Fable 2 again would have been equally as fun. 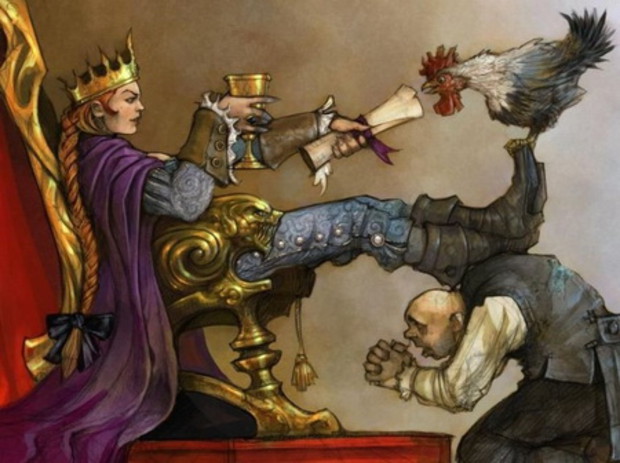