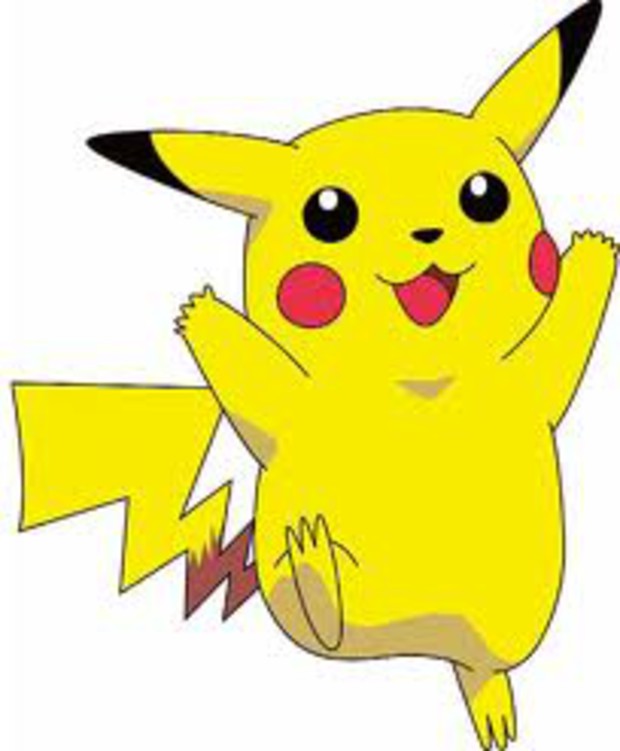 Go ahead! Say that Pokemon is a fad, that it's for little kiddies, that I'm too old for it, that it was never good, but I'm 14 and I love it! It's been the biggest influence on me as a gamer. I wouldn't be a gamer if Pokemon didn't exist. There's not a word to describe it.

My tale starts in 2003, when I was 7. Pokemon Ruby and Sapphire were out. I had one look at the game and it looked so awesome. I saw my older brother play it on his GBA. I looked in awe at the colourful creatures and the simplicity. One day, he gave me his GBC and Pokemon Silver. My 7 year journey through the Pokemon world which still has no end in sight began. I picked up the cute, little Chikorita from Prof. Elm and off I went. I was hooked on the game. 6 months later, I beat the Elite 4, and I screamed "OH MY GOD! I BEAT LANCE!!!!!! I DID IT!". Thankfully, we had no neighbours back then. About a month later, I went through Kanto and I still wanted more! I battled every trainer, collected every item and used my Master Ball on A F**ING EKANS!!!!!!!!!! It was so hard catching Ho-oh because of that, but I felt great once I did. I put well over 100 Hours into it. I still see it up there with games like Mario Galaxy and Zelda: Ocarina of Time

After doing everything I could do, I was bored. I had nothing to do on it. For my 8th Birthday, I got LeafGreen and a brand new GBA. I was so excited when I opened my presents to find that. It was great for me to experience the original Pokemon adventure, only brought into full colour, 16-BIT graphics, and revamped music. I put almost 200 hours into it, and built up a team of Lvl 100 Pokemon, even getting a Shiny Fearow. Everyone at school was playing it, and me and my best friend would spend Lunch trading and battling. It was just truly amazing.

My older brother got FireRed a bit before I got LeafGreen, and was always a few steps ahead of me (Kinda like the rival), so once he traded over his Pokemon from Ruby, he gave it to me. It was so awesome. I got to see all the Pokemon I didn't get to see in Silver and LeafGreen. My Twin Brother got Sapphire for Christmas that year and I finally got to be the one a step ahead. I always beat him in battles with my Lvl 100 Venusaur.He once almost beat me, but my Rapidash taught him a lesson. My Best Friend also got Sapphire and we got to combine our Kanto and Hoenn teams for an epic battle!

There was a real awesome store in my area called "Gametraders", who had all these awesome retro games. I found Pokemon Yellow there for $19.95, so I bought it and played through that. It was great seeing Kanto through a different set of eyes.

For my 9th Birthday, I got Emerald and played through that, but there was more: The Battle Frontier. It was so awesome!! I got to test all my Pokemon. One day, I let my twin brother play Emerald. Guees What? He lost it in a Hire Car, so I never saw it again. He had to give me $50, and I couldn't find any store which had a copy. To make matters worse, I lost LeafGreen, too, and the internal battery of my Pokemon Silver dried up. I almost cried when that happened. My Pokemon dreams almost died.

I dug up my older brother's N64, Pokemon stadium and Pokemon Blue. I used Blue for MISSINGNO. glitches, which my older brother told me about. I used the glitch to build up an invincible, Lvl 100 Party. Eventualy the data was corrupted, and I gave it to my twin brother. I finished Stadium with the glitch party and then rarely played it again. I got Stadium 2 as well, and used my older brother's Crystal on it, and made an awesome team!

2006 came, and for my 10th Birthday, I got a DS. I was so happy. I got bored after a while, becuase Diamond and Pearl had still yet to come. When they did come, It wowed the hell out of me. The new graphics, the great Pokemon, the touch screen stuff and much more made it my favourite DS game. That was until Pokemon Platinum came out and did more than any other 3rd version. Everything I loved about Pokemon was in one glorious package.

Whe HeartGold and SoulSilver were anounced, I lit up like a christmas tree and almost cried again, but this time it was joy. The game which started my proverbial "Pokemon Journey" was Back In Black. Like Emerald, Diamond and Platinum, I was first in line to get it after school. I went to the food court afterwards to see many kids playing it and having the same fun as I did 6 Years Before. It reminded of how amazing Pokemon was and how much it meant to my life, seeing Primary School kids picking up their first Pokemon game and experiencing what I did. It was mindblowing. It proved to me that Pokemon was no fad! The Game itself was a tidal wave of nostalgia. My first video game revived without a dodgy internal battery.

What's next for me? Pokemon Black and White and The 3DS of course! Pokemon Black will be my farewell to The DS, then I've got the succesor portable console to go on with. I love all the other game series dearly, like Zelda, Mario and Metroid, but while Pokemon may not be as illustrious as Nintendo's big three, none of them have impacted me quite the same as Pokemon.
#Community    #DS
Login to vote this up!