Tips on how to beat your backlog*

So this year, I�ve decided to make a concentrated effort to play more games and significantly reduce my backlog of games. Now moving from Australia back to Scotland has meant that my X-box 360 collection has shrunk to a total of two games. However, my Steam collection is of course still intact and frankly fucking huge. Some loose spending during the annual sales has left me with a frankly overwhelming backlog of games, some of which have never been touched. So, after a fairly decent start I�ve decided to outline some tips that are helping me beat my backlog. This isn�t �Ali D�s guide to how you should all play games� but just ideas that I find are helping me play, enjoy and finish titles that I�ve bought.

Beating my backlog has been about finishing games, not about setting myself an unreasonable challenge. I�m not very good at videogames, so jumping into a game on hard mode or higher is setting myself up for frustration and failure. I�m not suggesting that everyone do that, if you�re good at a genre of game like FPS or action games, then going straight into hard probably isn�t going to trouble you. Some games will also let you bump the difficulty up mid-game, so if a game is insultingly easy to you, then there�s no reason not to give yourself a challenge.

The bottom line here is getting games completed; there�s nothing to stop you going back and playing the game again on a harder setting. No one�s gonna be all over you, claiming the validity of you only finishing a game on normal. And if they are, they�re a dick.

As I said above, I�m not good at videogames but there�s games that I just suck at. As such, I�m not going to play them. As happy as I am to see Marvel Vs Capcom 3 come out, I�m gonna suck at it. I�m gonna have my ass handed to me by that game so hard, I wouldn�t be able to sit down. So I�m gonna give it a miss. Now, there�s reasons why I would buy it, like if I had friends and they would come round to my place, MvC3 would be a great game to bust out and have some fun with. Same with things like Rock Band, NBA Jam or You Don�t Know Jack, but they wouldn�t necessarily be Backlog games; they�d be actual social games, titles you play when you�ve got friends round.

So as much as I�d like to be an all round gamer and play all the acclaimed titles that come out, I know that there�s some I�m just going to suck at and not complete and as such, I�m gonna have to give them a miss. 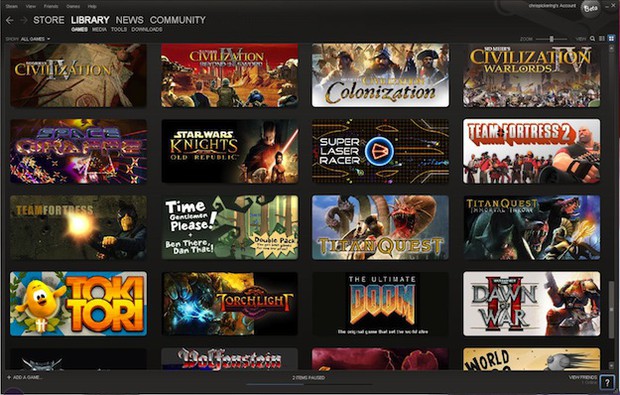 Looking at my backlog, I realised that there�s lot of games I just don�t want to play. There�s some loose purchases, gifts from well meaning friends (I had someone gift me two games and said �I�ve never really played these, so they might be crap�), games that held promise but never delivered...

Well, I�m striking them from the list. It�s harsh, but I probably don�t need God knows how many indie puzzle games on my list, taunting my lack of intellect with their uncompleted status. I�m sticking to games with a story or at least an ending, so that I can get a sense of closure when I play them. I will come back to these puzzle games, but they�re not what I�m looking to finish here. Same with gifted titles; my friends and I rather awkwardly gifted each other titles for Christmas and birthdays without really thinking about whether we would all like them or not.

Bottom line again is, if you�re never really going to give a videogame a proper go, then strike it from the list. At lest for now...

It might be hard, but I�ve shaken my Team Fortress 2 addiction. Ok, it took moving to a different country without access to my favourite servers and *cough*...... no actual PC to play on, but I�m not starting up again. Not for casual play anyway, there will be no more popping on for an hour and watching an entire night disappear. This too might alter what you�re going to buy, as playing a Call Of Duty game just for the single player doesn�t seem like good value.

However, don�t overlook the social aspects; jumping into a regular Friday Night Fight session with your Dtoid buddies is always fun and it�s something I feel I should be making more time for. But don�t let it stop your momentum in finishing your single player games.

So there we go, here�s the ideas that I�m trying to stick with to finish more games. I�m using my Backoggery as a tool to mark down my progress. I�m also using a list on my Giant Bomb profile to show what I�ve completed so far. In 2010 I only played 10 games to completetion. In 2011 so far, I�m up to 6. I�m setting myself a target of playing and finishing at least 20 titles this year and reducing my Backlog of uncompleted games from 64 % to around 50%. Now bear in mind, I don�t have an actual PC to play titles on, but I�m hoping to remedy that soon. Wish me luck, and remember, we�re all counting on you.
#Community
Login to vote this up!