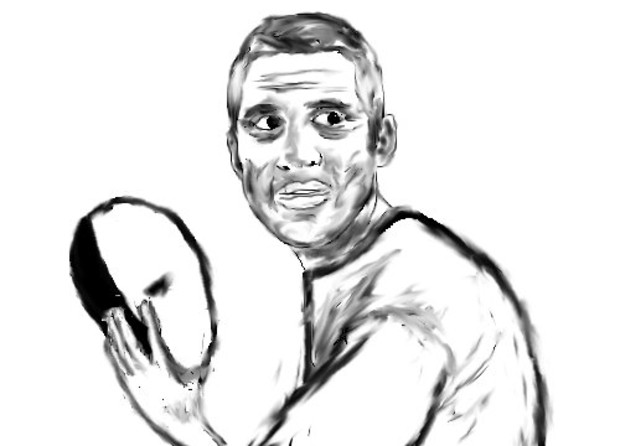 Anthony, upon healing himself, now looked as if he was in his fifties. He had streaks of grey hair and his skin was saggy and wrinkling in places.

�I need to at least extract 60 years from someone to put us both back into our twenties.� Anthony explained. �Beyamor�s body let me heal up to where I am, but if I use my power I age my own body.�

�I didn�t know you had healing powers when I met you.� Elsa said.

�I know.� Elsa stopped him. �I didn�t know when I met you, but I figured it out. I don�t know why you are killing people, but you aren�t strong enough to kill me. I killed Law for you. You killed Beyamor. Everything went well don�t you think?�

�Yes,� Anthony said. �I realized how perfect the situation was when I took the opportunity to kill Beyamor.�

�They were good people weren�t they?� Anthony said.

�No, I mean, I don�t care because I can�t care.� Anthony said putting on his mask.

�You don�t care about anyone anymore because I killed Mongoose.� Anthony said. �I know you don�t understand why. But I know it had to be done.�

�I wonder if I could kill you now.� Elsa said.

�You could have earlier,� Anthony said. �But not at the moment. Why don�t you come with me, and I�ll honor your wish.�

Elsa stabbed her sword into Anthony�s breast with a strike fully intended to kill a normal man. For Anthony it was more of an experiment. Anthony stepped back from the pressure but the blade never penetrated.

�When you age and age and age thousands of years ahead, you keep your muscle for the most part. I�ve been young long enough for my muscles to become toned. It�s enough to give me the thickest skin on earth.� Anthony said.

�Come around with me, and I will grant you your wish.� Anthony said. �But I won�t let you stop me from what I am destined to do. Find me just two people to sacrifice, and we�ll wash our hands of each other.�

�Beyamor almost had you didn�t he?� Elsa said.

�That is the closest I�ve ever come to death in all my years.� Anthony said. �He actually might have technically killed me. You saved me. You may have saved all mankind.�

Ashley and Corduroy sat next to each other with Lenigod. Lenigod was barking at someone walking a far bit away from them. They could barely make out a gang of people approaching them in the distance. It was a big group of what looked to him like a gang.

�I might as well kill all of them.� Corduroy said.

�Can�t we terrorize them first, maybe torture them?� Ashley said.

�My word, what is wrong with you?� Corduroy turned squinted at her.

All Lenigod could distinguish from the crowd was a strange lanky but muscle bound man with an eye patch and a bald head.

�Alright,� Epic said. �Well, I�ve gotten you back to North Bend. Just stay here you big goof and stop spouting your nonsense about how nothing is how it is supposed to be in the world. It�s all nonsense. See ya!�

�I must find him!� Crime said, running into the store.

The store seemed abandoned for the moment. It was all locked up, but no one to guard it. In the window he spied treasures such as figurines from old movies from back in the information age where people had the technology to render 3d objects on a computer. There were little figures: minions of Cthulu. And posters posted up on every wall that had a certain quality to them. The pictures were unique, interesting, and unpopular � diamonds in the rough.

�We were all friends once.� Crime said. �We played Halo sometimes.�

�You played with a halo?� Epic asked, dumbfounded.

�Hm�� Epic thought about it for a minute but got bored. �No sir. Not a clue.�

�Epic, my friend.� Crime said. �I fear there is something afoot. We�re all in danger. We need to find The Designer.�
#Community
Login to vote this up!