Groundhog Day: The Advance of a Blue Hedgehog 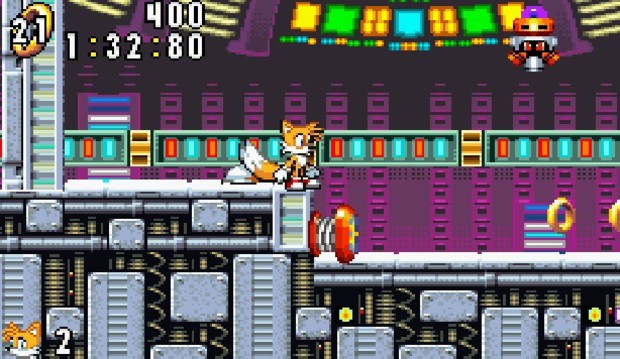 First off, Sonic Advance is incredibly faithful to the old games. Much like them, speed is not the main pull here. First and foremost, the focus is precision platforming, with speed used as a reward for playing well. There is no speed boost meter, no complex moveset outside of a few stunts for each character, no objective other than run to the end and collect as many rings as possible as quickly as possible and don't get hit by Badniks. That's it. Of course, each level has lots of paths to go through, so you can keep coming back to explore and find new hidden secrets. Along with that, the character roster is much more conservative than some of his more recent outings. You can play as Sonic, Tails, Knuckles, or Amy. That's it. No Shadow the Hedgehog, no Cream the Rabbit, no Big the Cat. Plus, no voice acting so the odds of their personalities getting in the way is minimal.

Another thing Sonic Advance nailed was the atmosphere. The music was upbeat and memorable, and stuck with me long after I stopped playing the game. Most of the levels were based on previously explored themes, but they perfectly managed to keep the upbeat spirit of the classic games intact, and sometimes resulted in some dare I say epic scenes. I mean, how often in a 2D platformer do you get to run up a rocket while it's flying into space and huge pieces of it are falling off as you ascend. Egg Rocket Zone does just that, and it's accompanied by some fantastic music.

But the thing that really got to me was that the game was probably the fact that, for me, it was the perfect storm. As a kid, it was a 2D platformer with Sonic in it. That was enough. But now, it's a remnant of what once was, and what we're capable of. Not only is it my own personal nostalgia engine, but it's a reminder that Sonic games did and still can be a contender in this industry. It was a reminder of what 2D platformers are capable of in this day and age of 3D technology, big budget action titles, and developers trying to ape one another. A simple game that's only a few hours long with only a handful of gameplay mechanics can keep my attention to the point where I have spent hours upon hours (maybe even more than a hundred) playing it. It's a reminder that, even though we've moved on, sometimes the simplest of gameplay can keep the hedgehog running.

All these elements resulted in a game that felt exactly like the classic Genesis games, but most of all, it felt like it was what Sonic would have gone in for the future. Unfortunately, the fanbase cried out complaining that it was too slow, and each subsequent game has veered farther away from that timeless 2D formula. Starting with Sonic Advance 2, the "hold right to win" mentality got hold, and the fanbase ate it up. So when Sonic 4 was announced, I came back to Sonic Advance, and was immediately greeted with what has become possibly my personal favorite Sonic game ever. Call it nostalgia, call it a lack of experience but since I pulled that Game Pak from my drawer it's become one of my handheld mainstays, and every once in a while, I'll pull it out again just to practice in the time trials, or run up Egg Rocket Zone again. As the Steamtoid regulars are fully aware, my Sonic kick hit full speed, and it's only gotten faster since Sonic 4 Episode I hit.

I've since started catching up on some of the older Sonic games that I've missed, and am currently going through Sonic 2 (I'd be farther, but some of my perfectionist tendencies keep me behind) but Sonic Advance will always remain the game that pulled me in to Sonic's 2D adventures, and now that I've rediscovered it, I feel it may end up being one of those games that'll just keep pulling me back in.

Now if you'll excuse me, I feel the desire to go for a run. The chime of the rings call me...
#Community    #OpinionEditorial
Login to vote this up!