Dear Pirates, Here's How Afford Games and Be Good People

3:47 PM on 02.14.2011 (server time)    0
I haven't blogged in a while so excuse me if I'm a little rusty at this. Seriously, my last blog post was an entry in a Pokemon meme from back when Jim was obsessed with Ekans. Those were some good times.

I'm throwing in a post on this always controversial topic because software theft (commonly known as piracy) is something that always brings the shitstorm and always annoys me because it's something that pisses me off. I hate seeing the arguments, I hate seeing the flamewars, I hate the holier-than-thou attitude that's often taken by both sides and most importantly I hate people acting like they don't give a toss about the consequences. The last bit there is most important because of something we all know to be true about this, the medium we love.

Videogames give us joy, we wouldn't be here if we didn't love videogames. So here's an idea, why don't we start acting like it and look for ways to better use that time we spend torrenting and playing games we didn't care enough about to buy? There are ways to have a huge amount of fun without spending $60 on every AAA title or even spending a penny. Here's a few recommendations if you steal games despite genuinely loving the industry and wanting to get as much enjoyment as possible for mimimum cash.

Before I roll into this stuff, I'll ask that if you haven't already you go and watch the Extra Credits video on piracy. The Extra Credits guys (Daniel Floyd, James Portnow and Alison Theus) are I think the best industry commenters around and theirs is probably the most level-headed and useful view on the subject I've ever seen. I've embedded the video below, a lot of inspiration for this blog was drawn from James' fortnight of playing as many games as he could without spending a penny.


Here's the link if Dtoid's embed is throwing a fit like it usually is.

Right, here's your first option for AAA gaming on the cheap. Rent. If you're in the US you can get a Gamefly account for $16 a month. That's as many games as you can play through (one at a time, $23 if you want to go two at a time) for a quarter of the price of one new release. If you're in the UK have a look at Lovefilm, they have a games section which you can get into for Ł15 a month going 2 at a time, still less than half the price of a brand new game and if you get on it early enough you'll be playing most new releases in launch week anyway. Both sites have free trials available so give them a shot if you're unsure. In other countries I'm not so sure but if you live in a country where videogames are sold then chances are there's a rental service that'll provide the same kind of all-you-can-play gamey goodness.

If you really don't have any money spare to spend on games then all is still not lost, thankfully while the PC may be dying with regards to big major studio developed games the indie developer is thriving. Indie games are generally cheap anyway, but there are hundreds of devs who release games for free just out of love for the medium. That's before going into all the freemium browser games, free MMOs, abandonware and classic games made free by developers. Here, I'll give you a few places to look for free games and even give a few of the free games that have kept me occupied for months.

The Independent Gaming Source (TIGSource for short) has over 500 entries in their freeware section. Lots of fantastic games in there, all of them free. From little 10m distractions to epic RPGs with hours and hours of gameplay. If you want to game for free you should work through that archive right there. 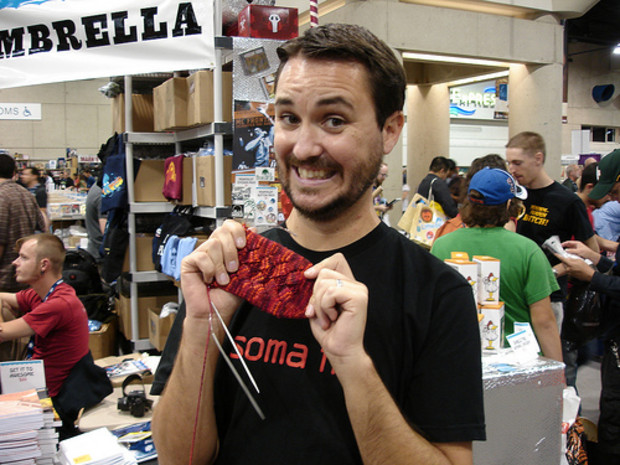 PS: If anyone has further specific suggestions for free games I'm currently between games after sending back Infamous and would quite like some new time filler and will appreciate suggestions.
#Community    #PC
Login to vote this up!

Yeah it would be easier if it were spelt njsikora but it doesn't look as cool does it?

Mini Bio
I'm njsykora, a proud member of Dtoid UK. I've been playing games since I was 4.
Want to see what I live in? Look here.

The Ł5 Challenge
In these troubled economic times we all have less money, join me as I set out to prove it's possible to get plenty of excellent games for only Ł5.
#1: Timesplitters, Zone of the Enders and Dynasty Warriors 3
#2: Ico
#3: Beach Spikers

JRPGs vs NJ
I have 23 unfinished JRPGs, I aim to complete them all within 8 months.
The List and Mission

5 Reasons
Why should you be excited for a game? A controller? A console? A program? A pizza? I explain why I'm excited for something and why you should be too.
1: LittleBigPlanet
2: Guitar Hero World Tour
3: Midnight Club Los Angeles
4: Eternity's Child

Control Freaks
A look at games that have been defined by their weird controllers, or unique use of existing ones. Now finished in 6 parts.
1: Ape Escape
2: The neGcon
3: The Sega Action Chair
4: Gametrak
5: Prop Cycle
6: DK Bongos