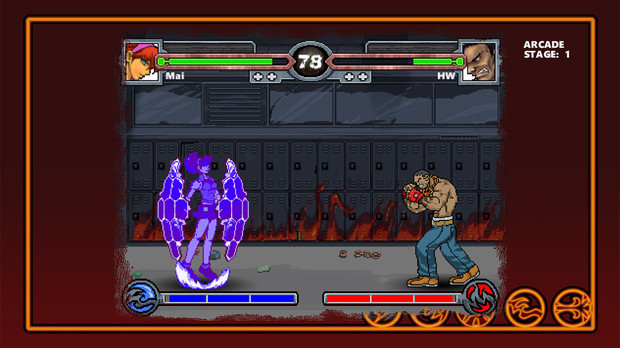 Truth be told, the game does have some issues. The pace of the fights and the ease with which attacks can be linked gives more than one of the characters relatively easy to perform infinite combos, and the enemy AI does seem to lack a bit as far as challenge goes. These are faults that may be patched, but I'm not holding my breath.

However for a dollar, you're still going to get a game which, had it been released in the early nineties, would have easily trumped Mortal Kombat as the rival of Capcom's mightiest franchise.
#Community    #reviews
Login to vote this up!