I actually started blogging here, on Destructoid. As to why, I�d been a lurker for quite the while before I actually ventured into the strange world of the C-Blogs. I came to Destructoid after leaving another video game discussion forum. Back on the other side, mod�s where a little floppy at times; sometimes banning with good cause, and other times not really looking into the reports and just banning because someone was crying. I had been reading Destructoid during those times, but I left after getting hammered myself, and started to comment on the Front Page posts of Dtoid.

What drew me to Destructoid was the distinct attitude of everyone here, from the editors to the community. Everyone took games seriously, but they still had a laid back attitude about it. I especially liked reading the news posts, because they didn�t feel like news posts from other websites. Sure, the news posts were not filled with journalistic integrity, but they were filled with lots of enthusiasm and love for the industry, and at the time (and even now), I can�t get that feeling anywhere else.

That�s why I started blogging on the CBlogs; I wanted to be a part of that community that seemed to have just as much fun conversing, arguing, and critiquing video games as they did playing them, and in turn, it really helped solidify my presence as a person who enjoys video games. I know I don�t write as much as some of the current CBlog All-Stars (and I�m going to fix that!), but just reading, talking, and conversing with you guys has been such an amazing experience, and I thank that all of Destructoid for having me.

How did you get your name and avatar?

When I first signed up to a forum, they asked me for a unique username, and low and behold, Daxel was born. It�s not the most effective mix of names (which I why I added �-man� to it), but hell, I love Kingdom Hearts and I love Jak and Daxter.

As for my Avatar, I swapped around for awhile before I settled on Wobbuffet. It used to be a black and white picture of Julius from Pulp Fiction, and before that a .gif of Jack Cayman from MadWorld lighting a cigarette, and before that I lost count. I�m now sticking Wobbuffet because he�s the most badass Pokemon to ever be banned from tournament play. He�s also the first Pokemon I truly grew to love in the cartoon series. His �lolwut?� attitude always managed to cheer me up, even in the darkest of times.

I actually plan to paint my college dorm cyan if I get the chance.

The beginning of Pulp Fiction; I used to be able to recite all of those lines by heart. All of them.
A close second would be Neo vs 1,000,000 Smiths in The Matrix: Reloaded. I just love the music in that scene. Plus, it was translated into this.

This is a toughie. It�s going to be a three way tie between The Legend Of Zelda: Wind Waker, Burnout Paradise, and Team Fortress 2. All games have sucked a considerable amount of time from me, and I don�t regret a single second of it.

If you could punch anyone here on Dtoid, who would it be and why.

Surprisingly, I don�t have anyone I�d like to punch on Destructoid. I mean, I do get angry at some users, but it usually wears off fairly quickly. I love you all too much!
Ok, maybe Chris Bradshaw. Maybe; he flip flops sometimes.

If you could hug anyone here on Dtoid, who would it be and why.

A successful video game developer. It�s a farfetched idea, but I really want to make something that at least one person will play and say �Hell, I enjoyed that.� I could then die knowing I made it in this world.

Now that I�m old I can finally�

It�s quite possibly one of the best fighting games to come out in the last decade. Hell, it re-introduced me into the fighting game genre, and it helped my purchase Super Street Fighter IV. Simplicity in basic controls, deep and expansive battle system, incredibly balanced fighters, amazing character designs; even the English voice acting isn�t that bad.

Plus, Noel is my Waifu. 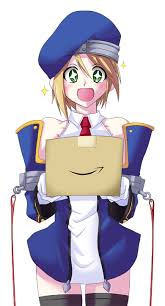 (The only safe picture I can find.)

Anything in 2011 you are currently excited about? (New book, movie, music, etc.)

Battle: LA has me extra excited for March. It�s like Crysis 2, but I won�t have to buy a new graphics card to experience it. I�m also looking forward to the new Battles album, new stuff from The Strokes, new They Might Be Giants, new Ghostface Killah, and the debut of How To Destroy Angles.
Also, Suckerpunch. Steampunk Samurai Gundams FTW!
Also also, graduating from highschool.

I don�t necessarily have a favorite album, but if there�s one album I can always fall back on if I don�t feel like listening to anything else, it�s probably The Marshal Mathers LP by Enimem. Brutality at its finest, in my opinion.

How did you get started on Stereotoid?

Xzyliac was like, �Bro, I need you to write music reviews with me and my soldiers, are you a bad enough dude?� and I was like �Hell yeah I�m a bad enough dude. I will go to war for you brother, I�ve got your back.� And then I joined the ranks of the Stereotoid Company, and the rest is history.
That�s how it happened. Don�t let anyone else tell you otherwise.

If hypothetically you become the opposite gender, you would�

What makes a truly great album?

For me, it�s got to speak to you on your own level. Not on a level of literary analysis or pretentious overtones musical theory; it�s got to be something that speaks to you personally. You and no one else. That�s why everyone has a different opinion on what a great album is. Everyone�s �greatest album ever� speaks to them in a different way.

I'm working on a backlog of games as well. How about a status report on how you are doing?

I finished Uncharted 2 about a week ago. Excellent game, but I swear Naughty Dog doesn�t understand how powerful a grenade launcher is. I�m currently burning through Mass Effect 2 and Grand Theft Auto IV. Female Shepard is beginning to grow on me, and Grand Theft Auto IV still has the greatest theme song of the last decade.
Also, I haven�t seen the sunlight in Torchlight in 5 days. I�ve got to be close to finishing that game.

If I were to tell you that you have one more day to live, what would you do.

Go give Xzyliac the highest of all fives. Dude seriously deservers it for getting me to write so much on the CBlogs.

My neck really hurts, what kind of remedy do you suggest?

Break dancing. Trust me on this one.

If you could ask me or the community anything what would it be?

Tara Long for President of the United States; WHAT SAY YOU!?!

(Note: I updated the Index. It is now up to date completely.)
#Community
Login to vote this up!