4:51 PM on 02.11.2011 (server time)    0
I've been visiting the community blogs for awhile now and thought it would be fun to start one. I really don't know what to write for my debut, so I thought a little introduction of myself is needed before I can attempt to write anything of substance. 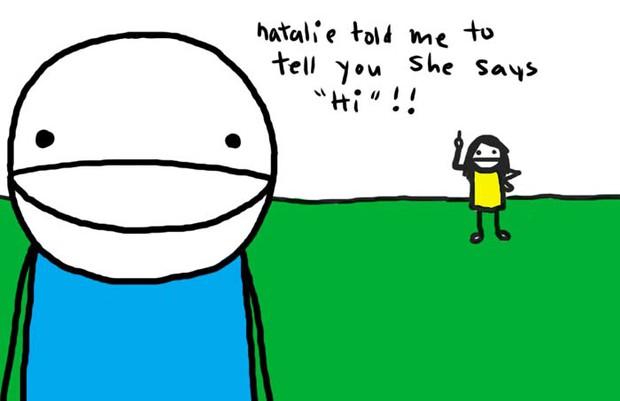 Do people like lists? I feel if it's done right then a list of activities I enjoy can be a quick and accurate description of myself. I'm a big believer in minimalism, and don't wish to overstay my welcome with a wall of text, so here we go!

I'm a 23 year old college student from New York...That's all you need to know.

Earthbound - Technically my favorite game is Super Mario Bros.; however, Earthbound was the first game I ever played that affected me emotionally and opened my eyes to the possibility of video games becoming an artistic medium. A quick google search can reveal dozens of essays about the ending of Earthbound, that's how deep this game is. I can ramble on and on about Earthbound, but if I do then I'll just be repeating what others have said; in a less articulate way, of course.

Other games I like - Braid, Lost in Shadow, and Silent Hill: Shattered Memories.

The Stranger by Albert Camus - As I stated earlier, I'm a big fan of minimalism and Camus story of a man who feels nothing is the definition of it. I tend to read literature that deals with the human condition. I feel literature is the only medium to accurately express how human emotions work in a deeper intellectual level than films or any other artistic medium can.

A Country Doctor by Franz Kafka (short story) - A masterpiece of writing. Kafka is one of my heroes! I love how he uses simple words to express a deep and complicated story. There is a great Anime short film based on A Country Doctor by Japaness filmmaker, Koji Yamamura . This short film is the most accurate adaptation of any of Kafka's works! The events and dialogue are exactly how it's presented in it's original four page story. Please, watch it and tell me what you think.

The Beatles - They're the greatest band ever. Yes, it's kind of a cliché statement, but I really do admire them! Actually, I admire The Beatles so much that I'm currently taken a Beatles class called "The Beatles and Their Legacy" in school.

Nine Inch Nails - Trent Reznor really isn't good with lyrics, but he more than makes up for it with his voice and the production values of his songs.

Other bands I like - The Velvet Underground, MC5, Arcade Fire, Bob Dylan, and Neil Young.

Enter the Void - I've seen Enter the Void 3 times in the theaters and I still think it's a mediocre film, but it is the closest my generation will get to a 2001 experience in the cinemas. The film does have a lot of problems, but it's immersion and visuals more than makes up for it; being a big Gaspar Noe fan, I guess I had my expectations too high. Below is the first 10 minutes of the film.

Other films I like - The 400 Blows, Dogtooth, Fight Club, Superbad, and Stalker.

FYI, I actually deleted many paragraphs to avoid boring readers. I really don't know if I'm doing this whole blog thing right.
#Community
Login to vote this up!