11:10 AM on 02.09.2011 (server time)    0
Full of doubts
What a difference a single game can make. I have to believe that even Bungie could not have predicted the success that Halo would become or the impact it would have on the industry. For me, the game holds a special place in my gaming heart. Prior to the launch of the original Xbox, I'd heard about Halo. I had even played it in person at E3 - I left unimpressed. When the Xbox was finally released, I picked it up along with Halo and Dead or Alive 3; it was a bundle deal from Toys 'R Us.

Oh, what you will become... 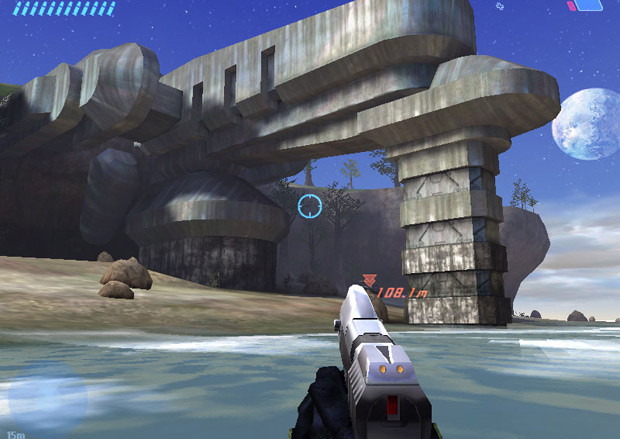 After being so engulfed in the multiplayer portion of the game, I revisited the single player campaign and loved it. I couldn't believe I had simply glossed over the storyline the first time through; here was this amazing sci-fi story and I hadn't even paid attention to it before. But more importantly, I finally understood how to play Halo. This is something I didn't get the first time I played it. Most FPS games are just about killing your enemies. Halo isn't. Halo is about killing your enemies with style! The Master Chief is a badass, so play like one! Once I got it, I couldn't go back to other shooters.

Stay classy, San Diego
To this day Halo remains my favorite shooter, possibly my favorite game, of all time. It isn't just the great gameplay mechanics; it's the experiences I've had with the game over the past ten years, the friends I've made while playing and the memories that were created. Those things are irreplaceable; perhaps you have a different game that impacted your life the way Halo impacted mine. If so, I'd love to hear about it!

And yes, I do still revisit the game every once in a while. Running around the old maps such as Damnation, Chill Out and Blood Gulch is like returning to my old stomping grounds; places I hung out with some of my best friends.

I thought Reach was a great game; especially toward the end. Knowing how Cortana makes it aboard the Pillar of Autumn and seeing Captain Keyes again made the hairs on my arm stand up. I knew the epic saga that was about to begin, and as good as Reach is, the original is still the king.
#Community    #OpinionEditorial
Login to vote this up!