Enough is enough with the term "ultraviolent"

As a medium video gaming is hardly a stranger fear words. You know what I mean: Those specifically concocted fear-inducing buzz words specifically designed by out-of-touch moral guardians to efficiently demonize something without the stress of having to make valid or logical points. Video games are hardly the first medium to fall victim to them, but they�ve been a primary target even since gaming has become mainstream. Murder simulator enjoyed a reign back when Jack Thompson wasn�t facing the cold, hard gavel of a disbarring judge. Anti-game crusaders are generally how these silly words get started in the first place, which brings us to the new fear word.

Apparently, despite today�s game offerings being pretty tame to what you find in the movie industry and even the crass content of older games, �violent video game� wasn�t enough to satisfy moral guardians. So ultraviolent was born. It's the perfect blend of implied deviance and scaremongering.

What exactly is ultra violence as it applies to video games? Just as Jack Thompson helped popularize �murder simulator�, the easiest thing to do is refer to the man who can�t stop chanting �ultraviolent video games�. 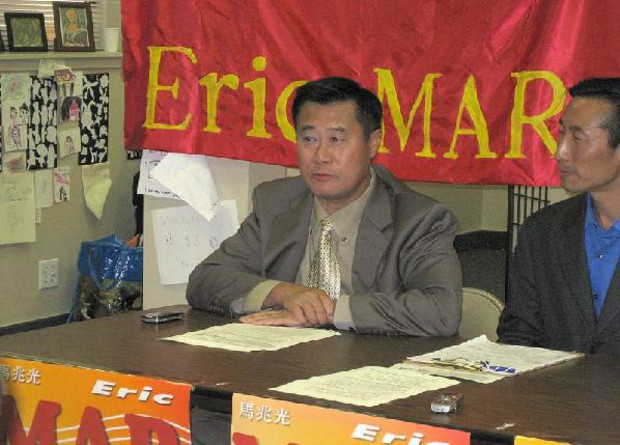 Let me protect your children. More importantly, vote for me.

If you�ve been even remotely connected with the video game industry in the past year this will be a familiar face. This is Leland Yee, architect of California�s 2005 video game law currently pending before the Supreme Court as Schwarzenegger v. Entertainment Merchants Association. Let�s ignore the vortexes of hypocrisy involved in this whole situation and address this idea of �ultraviolence�.

Watch any interview or read any article even referencing Leland Yee regarding his law. He uses the term ultraviolent like the rest of us use commas. You�ve made yourself the center of this law, state senator, so let�s try and figure out what your own terminology is.

If we look at Yee�s law, the rules state that the law would prohibit the sales of games involving �killing, maiming, dismembering or sexually assaulting an image of a human being�. Let�s take a look at that in practice.

I think most people would find it hard to argue that Gears of War 2 is one of the most violent video games of the seventh generation. Yet, during the entire gory rampage you kill, maim, and dismember a grand total of zero humans. You kill plenty of humanoid Locust aliens and there are plenty of graphic dismemberments when a Locust manages to overpower you, but you, the player, don�t dismember any humans. Under Yee�s own guidelines, that would make Gears of War 2 an ordinary violent game and thus not subject to governmental regulation.

Do zombies count as the �image� of a human being? It goes one step further than the Locust because these are actual humans who have already been killed. Does it even count as killing zombies when they�re technically already dead, even if we�re maiming and dismembering them? Judge Sotomayor even had the foresight to bring the subjectivity up during the Supreme Court hearing:

JUSTICE SOTOMAYOR: So what happens when the character gets maimed, head chopped off, and immediately after it happens they spring back to life and they continue their battle? Is that covered by your Act? Because they haven't been maimed and killed forever. Just temporarily.
MR. MORAZZINI: I would think so. The intent of the law is to limit minors' access to those games -
JUSTICE SOTOMAYOR: You think so? Isn't that feedback to Justice Scalia's question? (Author�s note: Regarding who would consider the game art and for whom)

I could make a big enough list of fallacies with �ultraviolent� as Yee defines it to fill a book, and anyone who sees the transcript sees the justices already have several pages filled. Don�t take my word for it; listen to Zackery Morazzini�s argument and hear him founder around his own attempts to define the law he�s supposed to be defending.

Even if you cherry pick the most violent video games ever released (as California has done) �ultraviolent� is a weasel word. More violent than what, exactly? How is stabbing ten people more violent than stabbing five? How do you objectively measure how much more violent Grand Theft Auto IV is than, say, Heavy Rain under those guidelines, which would define both as ultraviolent? The short answer is you can�t, but that isn�t going to stop Yee.

-Schindler�s List (graphic Holocaust imagery)
-Just about anything by William Shakespeare (murder and violence)
-All six Star Wars episodes (beheading and dismemberment)
-Lawrence of Arabia (violence)
-The Bible (murder, rape, and incest)
-A Streetcar Named Desire, both the play and the film iterations (domestic abuse and implied rape)

Leland Yee�s response � which has failed to convince two courts and counting � is that �ultraviolent� is tied to the interactive nature of video games. In an interview with Gamecyte Yee said �In these ultraviolent video games it is the interactive nature where you literally have to do certain things in order to cause it to go to consequence.� To rephrase, an interactive medium requires interaction. How insightful. Psychologist or not, he continues to alarmingly ignore the fact that there is no conclusive causative evidence of games causing violence anywhere in the world, and plenty of studies that show they don�t have a unique link towards aggression either. I might even be willing to call him a more constructive opponent of video games if he didn�t shamelessly lie and cherry-pick terrible games nobody plays to push his agenda.

I would also reference Justice Scalia, who showed a very perceptive recognition of new mediums constantly coming under fire: �That same argument could have been made when movies first came out. They could have said, oh, we've had violence in Grimms' fairy tales, but we've never had it, you know, live on the screen. I mean, every time there's a new technology, you can make that argument.�

Despite the massive logical fallacy at work here the term �ultraviolent� has caught on with some people as synonymous with video games. It�s easy to laugh these people off but when you don�t kill nonsense like this immediately it festers. When the Virginia Tech tragedy occurred, Jack Thompson was partially successful in exploiting it by spreading rumors that the killer played Counter-Strike (long since proven false). So if you see anyone using this nonsensical term call them out on it. Maybe we can stamp out �ultraviolent� before it becomes part of our vernacular.
#Community
Login to vote this up!