My Experience as a videogame reviewer, Month 5: Getting in touch!

8:19 AM on 01.29.2011 (server time)    0
It's already the fifth month in my videogame-reviewing career, and things aren't exactly slowing down. Sure, the review process takes less and less time, mostly because I'm now able to write a pretty nice review in about 20 minutes (excluding corrections etc.), but there is a new layer of the job that has become more important now and it mostly consists of writing mails and getting in touch with developers and publishers.

One problem about starting to do videogame reviews is, that in the beginning, you will have to pay for the games yourself, which significantly reduces the amount of money you earn from your review, so you will have to sell most of you purchases afterwards, in order to break even. This means of course that you will also love to review downloadable titles, since they aren't so demanding when it comes to the budget. Those titles are usually smaller and easier to review, which is why I liked to review them in the past few months, and also in this month. So, after a while, you start thinking: 'Gee, I really want to get some free review copies!'. Well, here is how you can do it!

I have to mention that up until last month, my reviews weren't available online. This basically meant, that my editor in chef had to make the contacts and that publisher would want hard copies of the review. Since they are now available online, I invested the last few weeks into contacting various developers. I don't want to go into the details, but I have none the less some interesting tips.

First of all, what your e-mail address looks like is really important. I'm sorry, but [email protected] just isn't going to cut it when you wanna contact a publisher. It doesn't have to be too fancy, most publishers react already to a gmail.com address with you full name in front. It has a certain feel of professionalism to it.

Second rule of thumb: Be polite! Really, this is totally basic stuff, but I mention it anyway: Say Hello, tell them who you are, tell them who you work for and what you want from them. You deal with people, not machines! Getting on to the media list is normally a good start. Say please. Write an extra answer just in order to say thanks. It's the little things...

Well, enough of that, on to the reviews. I will mention more tips in future blogs though! 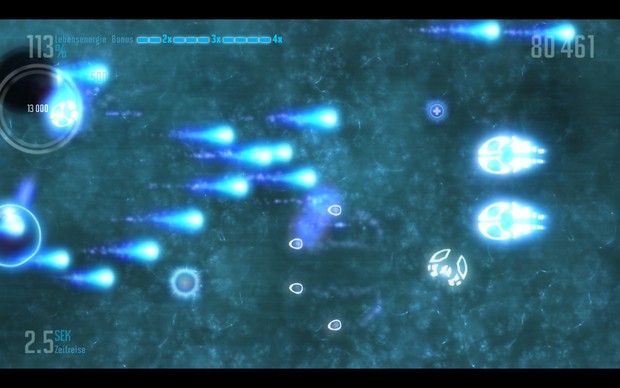 This was somewhat of an urgency review. I was lacking any kind of game I could review so I picked this one. Pretty much tore the game apart for being boring, repetitive and bringing nothing new to the table. And now, traveling back in time is not a new mechanic. Graphical design is terrible and the music is bland. In my opinion, the game just simply wasn't worth it, and by this it became an easy game to review. Pretty much the definition of a mediocre game. Yet, I was very surprised by the more positive reviews of the game. None the less, I stood by my own opinion and did not change the review.

It was quite stressful to complete this game under time pressure, but I still had a lot of fun and was able to quickly write a very positive review about this one. I would have had more time if another game came out in that week, but unfortunately, January up to that point was lacking big releases. That of course means that smaller releases get more attention, which in this case, is a great thing.

Well, that's pretty much it for this month. I'm open to comments of any kind and I can be found on Twitter (@Subenu).
#Community    #reviews
Login to vote this up!