Why Halo is better than Call of Duty

7:52 AM on 01.29.2011 (server time)    0
It is one of gaming's great debates: Call of Duty or Halo? Which FPS is better and why? Most of the time you just have fanboys on both sides saying one game totally rocks while the other completely sucks. Well, I find myself in the Halo camp, but perhaps this blog entry should be titled "Why I like Halo more than Call of Duty" as it simply reflects an individual's opinion.

First of all, the fact that these two shooters get compared at all is somewhat perplexing as they are completely different in almost all respects. One is an epic sci-fi tale set hundreds of years in the future while the other takes a more realistic approach to war and is set in the not-so-distant future. It is only natural that the two titles would appeal to different crowds. Now that we've established the inanity of comparing the two games, let's go ahead and do it anyway!

Space is cooler than Earth
Not only is this a climatically accurate statement, but Halo's space age setting is just more appealing. It offers much more room for creativity and creates a grander scale for the action. The unique architecture of the alien structures and Halo itself are wonders to behold. How could you not love looking out at the horizon in the original game and seeing the world curve up and over on itself?

Only a hero can save us
The Master Chief is hands down one of the most badass characters ever to grace the virtual landscape. His armor looks cool, he's not afraid to blow shit up and he takes on an entire alien armada...and wins. When playing as the Chief, you feel like a badass. You'll get cocky, you'll jump into a wave a menacing foes, you'll kick ass and you'll come out the other side feeling like a hero. And it's not just the Chief, the Rookie in ODST was no slouch and Noble 6? Come on, the guy gets picked up off the floor by an 8 foot tall alien and doesn't give a shit - he punches the bastard square in the face. That, my friends, is badass. 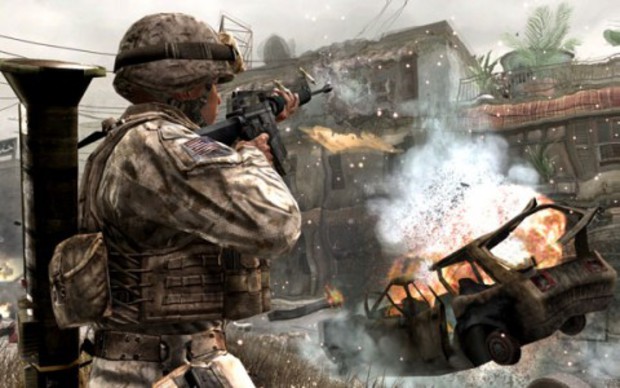 Whether you agree with me or not, I hope this has come across more as a presentation of what makes Halo a better franchise to me and less of a Call of Duty sucks rant.
#Community    #Xbox360
Login to vote this up!