So, I�m a pretty big fan of the MMO genre. I generally feel these games have a huge value when it comes to measuring the amount of fun you get out of a game for what you spend on it. I haven�t played as many MMO�s as some people, but I feel like I beat the average gamer by a large margin. I�ve bought and subscribed for at least one month for several games including WoW, Lord of the Rings Online, Lineage II and City of Villains. I�ve beta tested and free-trialed a countless number of other MMO�s. 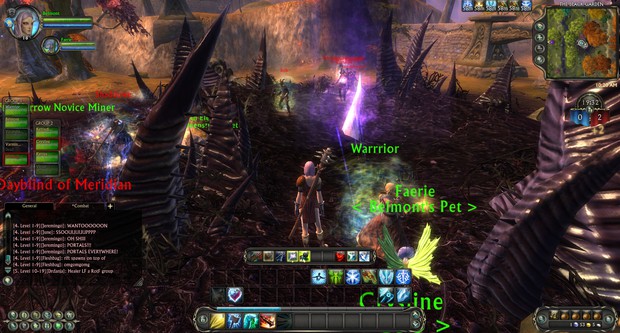 If you are interested in Rift, head over to the website at www.riftgame.com and sign up for the beta. The current beta phase will end Saturday @ 10 am, but there are two more beta phases planned before the game is released on March 1st.