Ilo, Milo, and Coping with Death 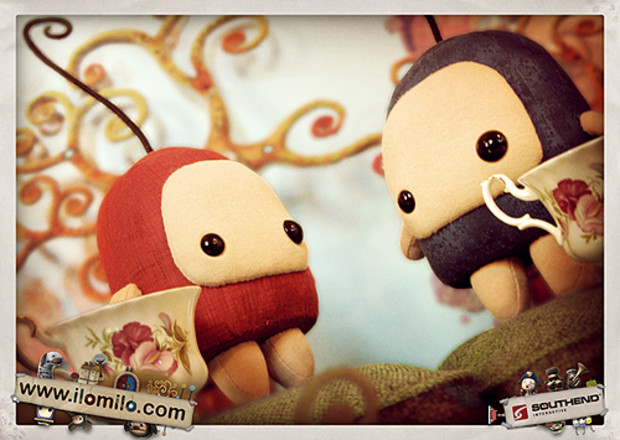 The day started off like any other day. I had gotten up and went to work, anxiously awaiting for the two hour break in my day to go to my first class. The store had been open for less than an hour when my mother called me at the my job. She told me that my father was having breathing problems and she was taking him back to the emergency room. (He had be omitted to the hospital earlier in the week. Liquid had gotten into his lungs and he was kept overnight before being sent home.) I was quite frustrated by being bothered at work but I thought nothing of it.

Another hour passed when I received a text message telling me to call right away. I ignored it at first. After all, I was the only working, but I called as soon as I could once I left for class. My grandmother had answered the phone which seemed odd to me. She asked where I was and when she found out I was driving, told me to pull over. I said I couldn't and just wanted to know what was going on. "There's no easy way to say this so I'm just going to say it," she quickly told me before taking a breath, "I'm sorry, Stephanie, but your dad passed away. God claimed him."

It took a moment to set in. I couldn't believe what was just told to me let alone want to believe it. I had known he was sick but I never would have expected to take his life. The last time I had seen my father was back in September after he and my mother helped me move. I felt a great sense of guilt for not putting more effort into talking to him or seeing him since then. Though I had spoken to him just a day or two before his death and he sounded fine. The whole ordeal just seemed surreal, almost as if it did not happen, but I could not ignore the deep sinking feeling in my heart. I knew he was gone.
I turned around and went back to work where I walked in with bloodshot eyes. I turned to my manager and said, "I'm not coming back tonight." I explained what had happened before being told to take the whole weekend off. I emailed my teacher explaining why I would not be at class. Then I picked up my boyfriend after his class and finally went home. The afternoon was spent grieving as I tried to face the reality of the situation. By the evening, I was desperate to find a distraction. I wanted just a brief moment where I felt calm.

With the lack of desire to move, I found myself browsing through the demo section on my XBox360 since I did not need to get up to put a disc into the tray. This is how I came across Ilomilo. A colorful, little puzzle game that had apparently been out for a little while. It looked like a peaceful game, so I downloaded the demo. Little did I know that I was about to download a therapeutic experience.
It consist of a soft, colorful look. The bloom is used properly as it creates a bit of a heavenly glow to the fabric-based world that Ilo and Milo live in. Very calming music plays in the background which supports its laid back, relaxing atmosphere. Perhaps this is what was so appealing about the game. It had an angelic feeling to it which I found to be extremely y comforting. The music soothed me; the graphics were like looking at a warm painting.

Then both Ilo and Milo are absolutely adorable. They look very cuddly and do a small dance when they meet. The dance made me smile which brought a tiny bit of happiness to me on such a cold, grim day. On top of the atmosphere and cute characters, the puzzle aspect of it was a fantastic distraction. The puzzles were challenging enough to keep my mind occupied. I found myself getting lost in thought from trying to find the solution to the puzzle that it kept me from thinking about my dad's passing. Yet, they were simply enough to where I could progress through the game without being frustrating. Though what helped me out the most was the story.

For those who don't know, Ilomilo is a puzzle game that stars two little creatures: Ilo and Milo. Ilo and Milo are two friends who live on the opposite side of the park but agree to meet every day at a certain spot. However, the path through the park changes every day which makes it challenging for Ilo and Milo to meet. You have to jump between both Ilo and Milo in order to create a path for each puzzle. This simply story soon became a metaphor for me; a metaphor for coping with death.

I soon began to imagine Ilo and Milo as my dad and myself. However, instead of living on opposite sides of a park, the distance represented heaven and earth.(Despite being separated, we would one day be reunited.) Creating the pathway through the park was replaced in my mind as my pathway through life. Just like the puzzle, life is full of obstacles that I would need to face and overcome in order to each the "end". While I might face those problems alone it does not mean that I am completely alone. My dad is still watching over me and waiting for me.

The concept brought a huge sense of comfort to me. It helped remind me that even if someone I care about is not with me, it does not mean they were completely gone. It just takes some effort and time to get to them.

Don't worry, Dad, one day we'll enjoy our tea in the park.
#Community    #Rants
Login to vote this up!