5:12 AM on 01.23.2011 (server time)    0
Good evening (or good morning, or ....... well, you know, this is like....well.........GODDAMMIT), ladies and gents. I'l try to make this blog interesting to read, cuz tha main point of all of this - entertainment. And having fun is always keeeewl, so stay tuned for updates and shit!
Fow now I, actually, have a lot of ideas for what to post in here, but a very little time to do that, because I spend most of my free time leveling up in Demon Sou.....I mean I've got very important things to do. There is a quite interesting project of mine, besides obvious Top Tens and shitty gems, I mean games reviews, where I will be creating a concept of a sequel what should be made. I'll be taking a look at the original game, deciding what elements are the best, which parts are just fucking horrible and all what stuff + I'll be drawing some rough sketches to help you understand my vision. Of course, that's a really difficult project, but I think it's worth a try. Tell me what you think about it in the comments. 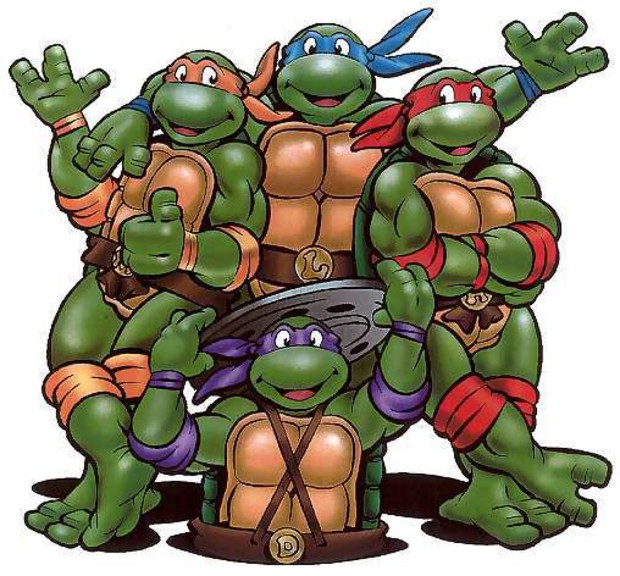 I was thinking of doing a TMNT sequel first, because it is a pretty interesting topic. You know, I’am not the biggest fan of Tomonobu Itagaki, espessially a frank attitude of his, but I can’t deny the fact, that he makes a damn good games. And everytime I play his Ninja Gaiden games, I wonder how awesome it may look in Ninja Turtles setting. People want a great game about turtles. So much time has passed since we played one. I’am so desperate, that I would buy a Ninja Gaiden with Ryu, replaced by a some turtle, and a box with colourfull TMNT logo on it. I mean, the gameplay core is great. Well, a battle part for sure. Platforming might need some work. Add some stealth elements? Maybe. Yeah, I know, that four heavy armed green mutants in rainbow bandages are not the hardest thing to spot, but considering the fact, that their enemies are the Foot Clan, anything could happen. I’m not sayin, that a great TMNT game should be a clone of Ninja Gaiden, or espesially a creation of sick Itagaki’s mind. I’m just looking for good examples, on which we can build gameplay concept. I don’t think, that the arcade beat’em’up style gonna completely satisfy players this time. Yeah, it was awesome back in the days, and actually still is, but we never thought, what there’s might be something better. And looking on the recent child-memories raping from Ubisoft, we were right. But there’s still a chance, a chance, that some creative and talented developer will receive license on the turtles franchise, and with all respect and care to it, make a great fucking game. Well, this can go on forever, but we need to move on. Later we’ll return to more detailed look on that project, if my lazy ass will be able to do it.
#Community
Login to vote this up!

(note: English in not my first language, so expect some "poor literacy is kewl" in my blog)