Okay, I should go more in depth. I'm exhausted with being critical of things. I personally enjoy reading and making top 10 lists. Why? Well because they revolve around people talking about things they love, something most people don't do enough in this negative internet age. So without further adieu, here are my top ten favorite side scrollers. 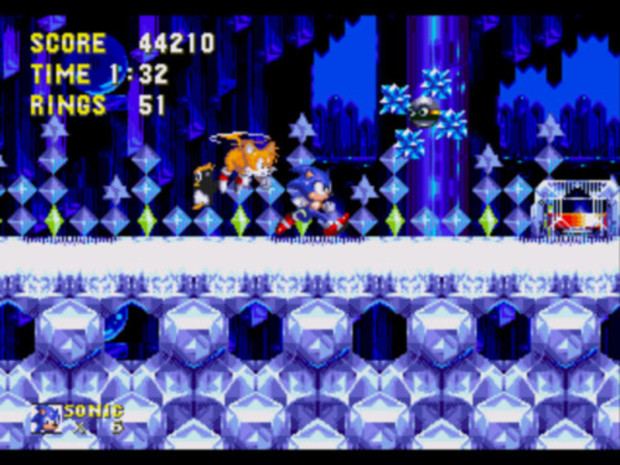 The addition of the Fire, Bubble and Lightning Shields adds a lot of flavor to the game. When playing as Sonic. Its fun experimenting with them to see which one allows for faster runs.

This is one of the only sonic games where the alternate characters are neither redundant nor annoying.

I love having some form of miniboss or boss at the end of every level. They feel like periods at the end of sentences that every other Sonic game lacked.

The existence of a save feature.

The game's levels rock. The buildup in tension from the very first level all the way to the Death Egg and finally Doomsday Zone is masterful. Doomsday Zone itself is one of the best climaxes in video game history.

I can go on and on. There are some criticisms I can make, however. Marble Zone and Carnival Night Zone over stay their welcome. I wish Sonic's third boss in Launch Base Zone act 2 showed up. However, these flaws pale in comparison to the overwhelming greatness of the game.

Those are my top 10 Favorite side scrollers. I hope you enjoyed the list.