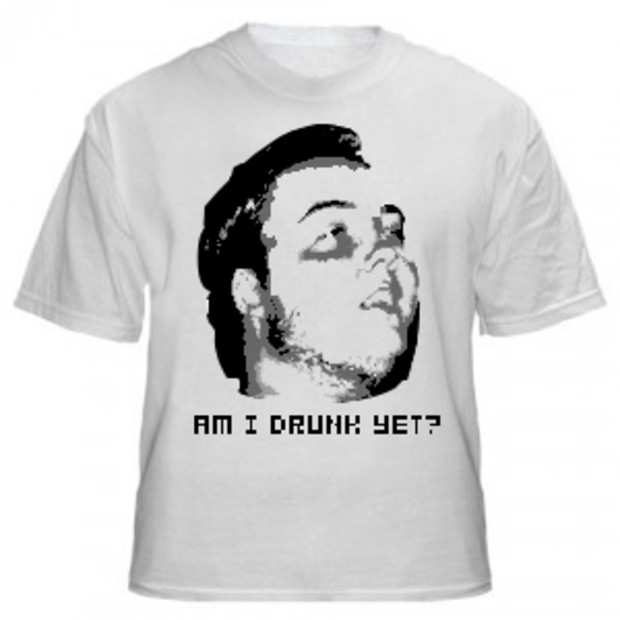 Last year, a thing happened. It was risky, it was a long shot, and people said it could never happen. But it did. And it was magnificent.

This year, we aim to make it bigger, better, sexier, and even more fun. We had a lot of exposure at MAGFest this year, and a lot of interest has been expressed by people who missed out on or didn't know about last year.

As was last year, this years NARP will be in my (Jon Bloodspray) home. I've already figured about a way to fit more people, so I think we can do near 25 before we need to think about a hotel room. In the case of a hotel room, everyone will be pitching in a portion, so as not to exclude anyone or "price-out" anyone either. There is a fairly nice hotel less than 5 minutes from my house, so if this does indeed become a necessity it is not a problem. Since there is no Scott Pilgrim releasing this weekend, I propose that Friday evening we rent out the Lazer Tag arena just down the road from my house. Saturday, the plan is still (unless faced with mass objection) to hit Cedar Point again. We had a great time there even though it was busy and hot as balls, and if you've never been, it really is a thing you should do. Sunday is recovery/gaming/leaving day(though you are welcome to stay until Monday if you need/choose to).

Oh yeah, and Mama Bloodspray already said she'd cook us another breakfast and dinner. She said it'd be fun.

Ok, so INFORMATION. I don't want to put my phone number and address on the intertubes, so PM me or hit me on facebook for that, and I will get it to you as promptly as I can.

IF YOU PLAN ON FLYING IN USE ONE OF THESE TWO AIRPORTS:

Toledo Express Airport (TOL) [This is preferable for me, due to proximity, but it can be more expensive than Detroit. If you can, take Toledo. If not, I will still pick you up from Detroit, no worries.]

Detroit Metro Airport (DTW) [This is a bit farther, but is sometimes cheaper. To avoid any confusion, this airport is sometimes listed as Detroit Metropolitan Wayne County Airport, but the airport code remains DTW]

If you have any questions, feel free to PM me or ask in this thread.

I'll update those who are confirmed as they do so.

IT BEGINS ANEW.
#Community    #GAMENARPS!
Login to vote this up!

DtoidMidwest is your #1 resource for NARP planning and general merrymaking in the Great Plains. What constitutes the Midwest, you ask? Well, for our purposes, we're including Minnesota, Wisconsin, Michigan, the Dakotas, Iowa, Indiana, Ohio, Kansas, Missouri, and Oklahoma. We cast a pretty big net, I know. There's probably more to it than that, but we've never met anyone from anywhere else, so they might as well not exist.
Anyway, if you live near a corn field and want to meet some other Dtoiders, add DtoidMidwest to your friends list, join the Google group, check out our main Forum thread, and start talking to your fellow midwesterners! Rumor has it that we're actually the sexiest regional group, but don't tell DtoidSF. They get jealous.

So who else is in the Midwest?? Check below!