Hey, somebody drew on my shirt...(NVGR)

It's everybody's favorite "dude I see on this site ocassionally", CrazEboy7!!!

Why so many exclamation marks you ask? Well after two months of waiting and wondering, I have finally gotten my Destructoid "Chill Bros" Shirt. And, It is super rad! 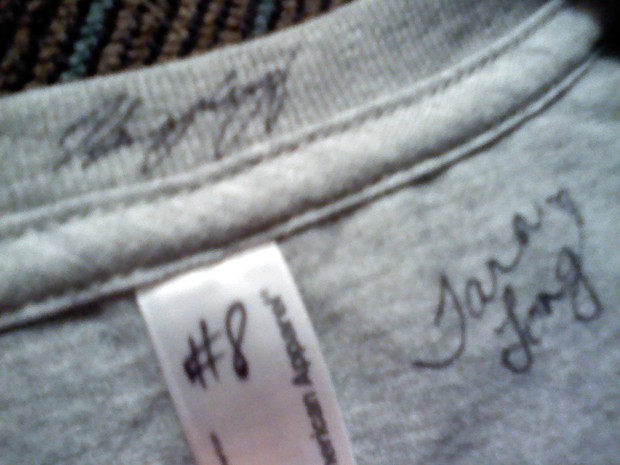 Blog fluffing aside, I just want to thank Tara Long and ???????? for signing my shirt. I'm kinda bummed that I can't read ????????'s signature, but I appreciate the guesture anyway. And, Ms. Tara Long, you made my day. Without getting too sappy, this is the kind of thing that make this site fucking awesome!

...too sappy.
#Community    #NOTvideogamesrelated
Login to vote this up!