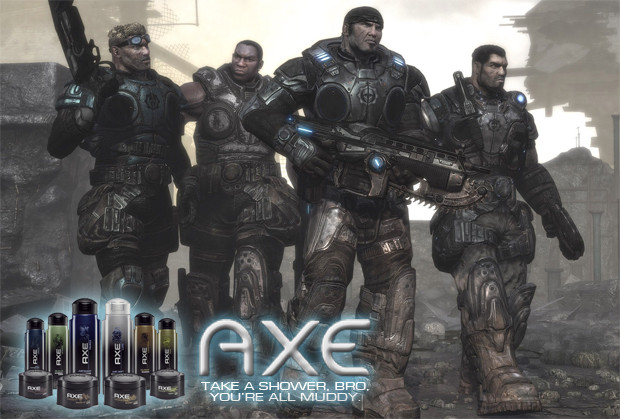 Haha, so. I pissed some people off.

If you haven't seen it, here's Friday's episode of The Destructoid Show. I went off on a tangent about how I'm not stoked for Bulletstorm because I'm not a fan of Cliffy B, the guy who does stuff at Epic Games. His big claims to fame are Unreal Tournament and Gears of War. Bulletstorm isn't even his baby, it's being done by People Can Fly. But Cliffy's currently playing hype-man for the project, because he's a character like that.

First off, I should say that making a personal attack on Cliff was a cheap shot, and I was out of line for that. He doesn't make bad games by any means, but they're not to my liking. Technically speaking, they're quite good, and he's obviously a hard working guy. Stylistically, I think they're pretty obnoxious. Someone compared him to Michael Bay, and I think that's quite astute. Michael Bay is extremely good at what he does.

For the record, I love Michael Bay's work. I love dumb action movies in general. I own two copies of Tango & Cash, and that's one of the most idiotic action movies ever made. I like plenty of stupid video games, but for some reason, Epic Games rub me the wrong way.

Cliff makes fun games. Playing Unreal Tournament is one of my fondest memories about 9th grade. Given, it was a pretty crappy year for me, but shooting dudes in the face with a flak cannon is a fun thing. Somehow, even though I said in my rant that Cliffy B makes fun games, and that Bulletstorm has a lot of cool shit in it, people yelled at me for calling the man talentless, which is something I never said. Obviously, he's not talentless. He makes award winning video games that sell millions of copies.

Those games, however, are ridiculous. That's not arguable. They're adolescent and meat-headed. I don't want to go into the endless debate about whether or not video games are art, but they are a growing medium. They're becoming a thing that isn't just for bloodthirsty teenage boys. While Cliff's games make steps forward gameplay-wise, they seem to be a bit less progressive in terms of subject matter.

When I refered to his games as parodies of games, I meant it in the sense that if Gears of War wasn't an actual game, it would not seem out of place as something you'd see Nelson Muntz playing on The Simpsons. I love mindless violence as much as the next heterosexual male, but sometimes I try to look at things from the perspective of someone else. Gears of War takes itself too seriously for me to laugh at it, and it's too ridiculous for me to take seriously.

Conversely, I will say this about Cliff Bleszinski: while his games might be increasingly stereotypical, he is not. He's a game developer who fucks hot chicks and drives a nice car and goes to fancy parties. A game developer doing these things. This is a new concept. He's living the dream, and for that, I commend him. It's a change of pace from the old stereotypes of game developers being gross dudes sitting at keyboards and being smelly. We're living in this age of nerd revenge, and he's doing it right. He went from geeky shy kid who got picked on in high school to a celebrity.

Cliff, I didn't mean to take a dump on your career. Keep doing what you're doing. If at any point, you feel the urge to make a Gears of War Teaches Typing game, a lot of your fans could benefit from it.

Also, it was wrong of me to make fun of your haircut. If it's any consolation, I was told I have Justin Bieber hair numerous times, so let's call it even.
#Community    #Rants
Login to vote this up!