The Backlog Project: Lara Croft and the Guardian of the Light = Completed 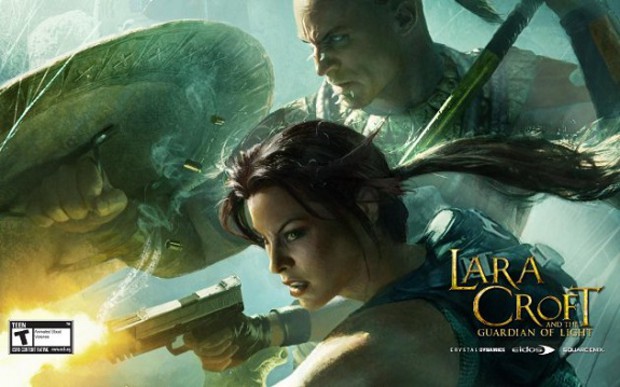 It's been a pretty good week of attempting to overcome my backlog with a ton of progress in Fallout: New Vegas, Torchlight, Dragon Age: Origins - Ultimate Edition, and the absolute destruction of Lara Croft and the Guardian of Light. That means that 1 game has been overcome of my current 5 and only 4 remain until I check out something new.

I started the week hell bent on finishing Torchlight but a few days ago decided to check out Lara Croft and the Guardian of Light. I was addicted right from the start. If you haven't checked out LCatGoL (????), it's basically a twin-stick shooter with some great platforming and a bunch of Mayan gods running around. It's pretty far from the norm of a Tomb Raider game and I think that's what makes the game so great. There's a ton of collectibles and if you can only sit down for an hour at a time to play games, it can be picked up very easily. I actually think I'll be going back to check out a little more of LCatGoL for some of the achievements and collectibles so I guess that's a pretty good indication of the quality and addictiveness.

My gaming goal for this weekend is to try and take a chunk out of Dragon Age: Origins . I had only really played DA:O on the Xbox 360 and now that I'm playing it on the PC I'm starting to realize just how good the game really is. I really didn't enjoy it on 360 due to the controls but I'm finding that using mouse and keyboard make the game infinitely better.

So far so good on the backlog but at some point this month I'm going to be getting myself a GamePass from Blockbuster. I got a ton of gift certificates at Christmas and I can check out a ton of new games (Dead Space 2, LittleBigPlanet 2, etc.) without spending a cent. My goal for 2011 is to not actually BUY a retail game with actual cash - trade-in credit is fair game. Easier said than done in a year with so many great games.
#Community
Login to vote this up!