2:32 AM on 01.08.2011 (server time)    0
Yep, that's me. Mr. Late-to-the-party. I rarely play games when they come out. 2010 sucked because I can count the number of 2010 games I played on one hand. Hell, I can list them all: Battlefield: Bad Company 2, Splinter Cell: Conviction, Guitar Hero: Warriors of Rock, and Rock Band 3. Hell, instead of playing the new 2010 games I got for Christmas like Fallout: New Vegas, Need for Speed, and Red Dead Redemption; I'm playing Saints Row 2, a game that came out almost two-and-a-half years ago.

Why am I this way? Have I fallen out of the gaming loop? Nope, Dtoid is a place I check daily, and I got sites like G4's The Feed on the RSS, so I am aware of games that come out. Have I become too picky in my game choices? Definitely. And I think I know why. It's one, simple word: money.

I'm guilty to admit this, but I'm a miser. I have money, but I refuse to spend it. There's only a few companies such as Valve or Harmonix that I will happily pay full price for on the day it comes out, which consistently pump out wonderful games. But for other games, I get reluctant to pay full price, because I remember how I've bought games only to not enjoy them. When you buy mediocre games, I feel like I wasted my money. 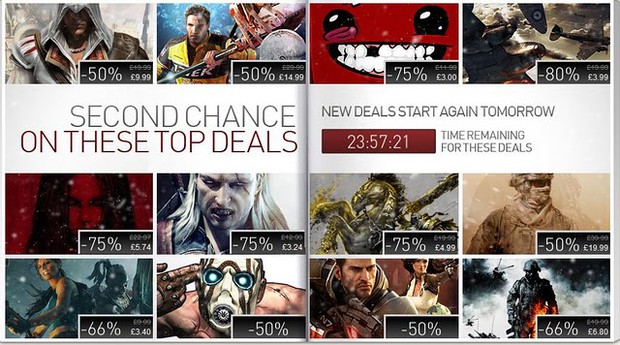 Some of these are so tempting. But then I go "No, dude, don't buy these. Save your money."

It's not even like I have to pay rent or electric bills, I'm in a position in my life that would be considered godly by some. I have a good chunk of cash in my bank account. But I think, "No, I must save this money up and buy the games when they're $20."

The unfortunate effect of waiting is that you get the game long after people stopped playing it. Most gamers -- especially console gamers -- are very flavor-of-the-month, playing a game for about a month or so, then trading it to GameStop to pick up the "new hotness," keeping this cycle up unless a game has DLC to keep it alive for about a month longer. It kind of gets annoying when I bought games like Borderlands to play with some friends from the old Sony GAP... only for them to finish the third expansion and then move on to a new game, leaving me in the cold, playing alone or with the occasional PSN player that happens to jump into my game. I don't think highly of Borderlands compared to others because of this issue.

Maybe that'll be one of the big things to change in 2011. No longer be Mr. Late-to-the-party. Try to keep tabs on gaming. Play the new hotness when it's hot, and not warmed-over like last night's leftovers. I feel like I'm missing out when it comes to video games, and I can't keep this up if I keep waiting nine months for it to hit a Steam sale to play it. Maybe I should look into a Gamefly subscription...
#Community    #OpinionEditorial
Login to vote this up!