Square-Enix has invited me to Sarif Industries 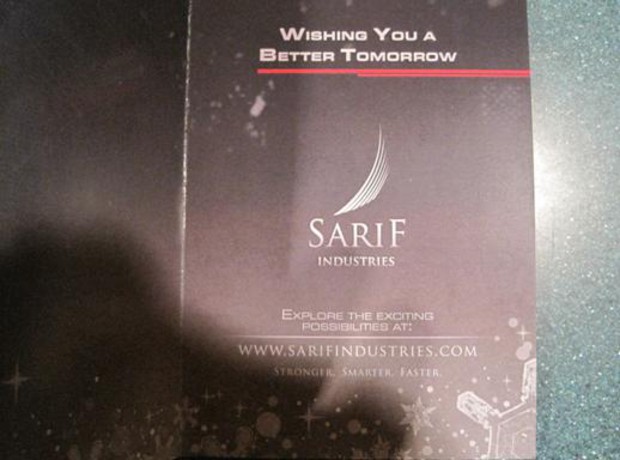 It seems Sarif Industries has taken a shine to me. I just hope they're not hiring any more security guards.

Anyway, if you're not familiar Sarif Industries is the nanotechnology augmentation company that will feature prominently in the upcoming Deus Ex: Human Revolution as the employer of main character Adam Jensen. Jensen starts off as a private security officer with Sarif, but of course things are never as simple as working a day job as a security officer.

It's been a long time since the release of Deus Ex: Invisible War in 2003, and Eidos Montreal seems to be taking this project very seriously. A lot has been said about the blend of cyberpunk and Renaissance architecture, exploration of themes including trans-humanism and the human ego, and juxtaposition between past and present. This all has the potential to be handled beautifully if Eidos Montreal plays their cards right since it's gratifying to see developers consciously tackling topics like this.

Meanwhile, Sarif Industries has launched their website for us to ponder until Human Revolution is released. Happy augmenting!
#Community
Login to vote this up!