The best moral choice system is no system at all

As we ring in the new year, video game enthusiasts should be celebrating because the number of major releases scheduled in the first few quarters alone is staggering. BioWare, purveyor of quality RPGs of the space and fantasy variety, is going to be quite busy between the releases of Dragon Age II, Star Wars: The Old Republic and Mass Effect 3. With BioWare in mind, let�s travel back to 2003 for a minute.

2003 feels like a different lifetime in gaming. Warcraft III: The Frozen Throne was the pinnacle of PC gaming, the PlayStation 2 stood triumphant in the console wars and BioWare broke ground with Star Wars: Knights of the Old Republic. Not only was this a significant development for BioWare, but it set the standard for RPGs and was arguably the beginning of the rise of Western RPGs. As much as I love Star Wars: Knights of the Old Republic, it kicked off an unfortunate trend that�s only now being bred out of video games and RPGs in particular: Moral choice systems.

Morality takes a lot of different forms in video games but moral choice systems have developing something of an established convention on what a moral choice system specifically is. Since we brought up one of the early pioneers, Knights of the Old Republic, let�s look at how moral choices in that game played out:

-Your actions fill up either your good meter or your evil meter.

-Depending on whether you have a stronger good or evil meter and your decision to either save the galaxy or rule it, the good ending or the evil ending plays out. 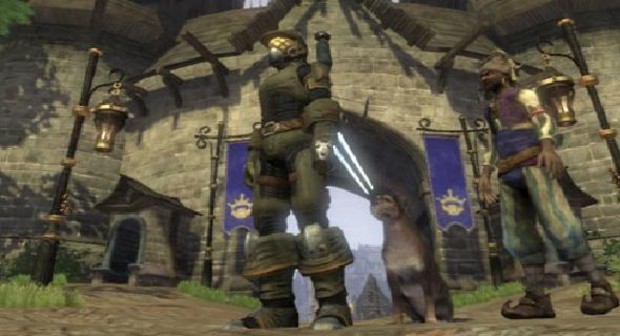 You are gazing at the searing moral complexity of video games

You are given the option of either wiping the geth heretics� memories clean so that they rejoin the geth collective with no knowledge of their former memories, or simply destroying them. Anyone who has played Mass Effect 2 knows what a complex and thoughtful choice this was, but all the same attaching Paragon and Renegade to rewriting and destroying the geth respectively does feel a little arbitrary. Extra Credits covers this topic wonderfully in greater depth.

Just as BioWare set off the moral choice craze they seem to be the frontiersmen willing to look beyond it. The Mass Effect games don�t use moral choices per se but are more of a personality measure, even if that issue with the conversation requirements cuts in sometimes. Dragon Age, as I�ve laboriously hammered home, is a great example of what can be done with morality without the use of any system. Moral choice systems are an obstacle, not a guide, to ever more thoughtful morality in video games. Thankfully we seem to be leaving moral choice systems behind for the most part, so we can hopefully look forward to the prospect of more complex morality in our games without a gimmick interfering.
#Community
Login to vote this up!