1:14 PM on 01.04.2011 (server time)    0
Hey hey everyone. I don't even know who reads this, but you guys usually comment, which is kickass because it makes me feel less like I'm talking to myself over the internet while sitting alone in my room in my underpants.

Anyway. I started co-hosting The Destructoid Show, as you can see HERE. Video went up after I went to bed last night, so this morning -- at 4:30, when I woke up because my day job is an exercise in cruelty -- I ran to the computer like a kid running to open presents on Christmas. And then, you know, I read the comments on YouTube, which were YouTubish. And then I was in a bad mood until I listened to "Eye Of The Tiger" and "Push It To The Limit" a few times and smoked a cigarette. I hate mornings anyway.

A few hours later, Twitter user Flintsci tweeted at me, "ignore the youtube comments. this is like Internet 101. nothing good ever comes from reading them on any video." And I immediately felt stupid, because he was totally right, and I already knew that. Putting things into perspective, I got off easy. Nobody called me anything particularly mean. There was lots of positive feedback, but at five in the morning, it's easy to take things to heart.

Obviously, people are pissed I'm taking over for Holmes, but, uh. I am. So I don't know what to say.

If The Destructoid Show is your Mom, and Holmes is your Dad, then I'm basically your Mom's new boyfriend. I'm not trying to replace your father, but I love your mother dearly, and she'd be a lot happier if everyone got along. I don't expect you to call me "dad," but it'd be cool if you got to know me a little better before screaming "You're not my father," slamming your bedroom door, and playing Papa Roach really loud.

(If The Dtoid Show is your mom, and Holmes is your dad, I don't know who Tara would be, and trying to factor her into this just gets all kinds of fucked-up in ways that would make Freud's head explode. But Tara's really cool and everyone has a crush on her, so that's not really an issue.)

Anyway. I'm tired and should probably make a sandwich or start doing research for tomorrow's episode or something, but here are some idiotic Photoshops I've done for no reason whatsoever that will probably be appreciated by Dtoid community members. 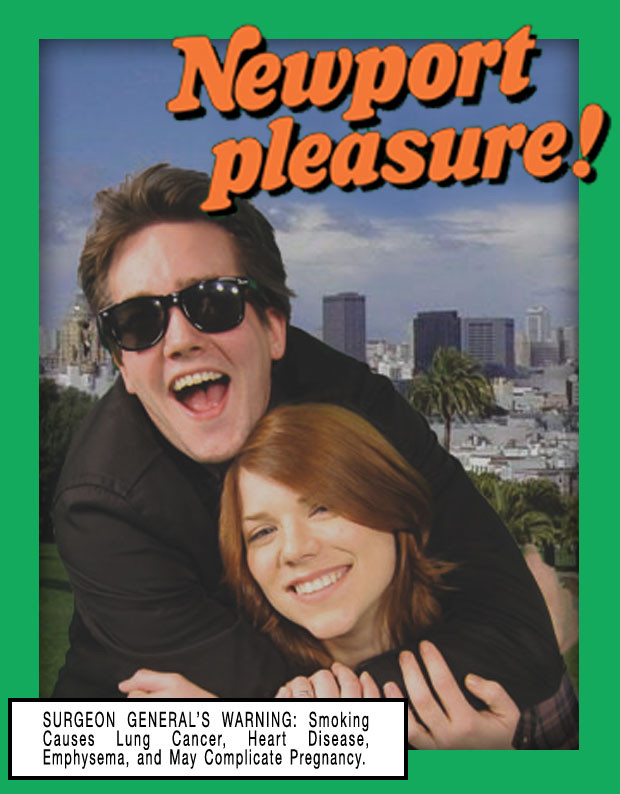 ...And I replied with that because I'm obnoxious.

So there you have it. Cool story bro. lol ya inorite?
#AboutDestructoid    #Community
Login to vote this up!