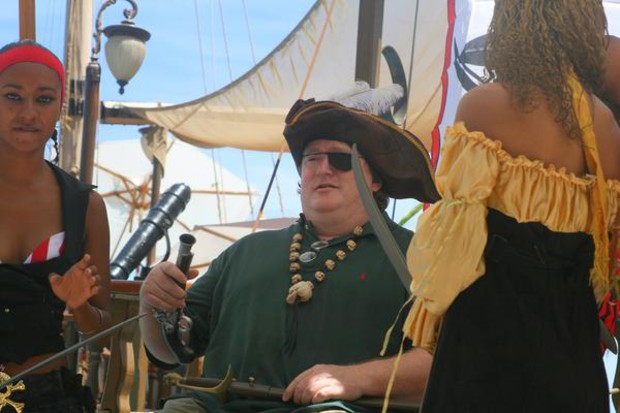 Steam, why do you do this me?! In the past 2 weeks I have added over 40 games to my backlog just because of the Steam sale. Yes. FORTY. Games ranging from PB Winterbottom for a paltry 49 cents ($15 on XBLA) to the gargantuan Dragon Age Origins: Ultimate Edition for the decent price of $24.99. Now you might probably be wondering why someone with a huge backlog would buy so many games and I think I can explain it to you in 1 sentence. This was the first Steam sale I took part in where I actually had a computer decent enough to actually run the games.

Up until this sale I was pretty much ignorant as to what these “steam” sales were. I thought they were similar to the Xbox Live Arcade sales where the prices were cut by 33% and everyone cheered because they saved $5 on a downloadable game. I was wrong. Steam absolutely destroys any other sales available out there in the downloadable market. For example, It’s not strange at all to see a game cut by 85% and bundled with every other game of that series. Why? Just because it sells a ton more copies and it’s a bad ass thing to do, that’s why. It also makes it a lot easier to take a chance on a smaller indie game that you might not have bothered picking up at a higher price (See: Crayon Physics Deluxe for $1).

Today is the last day of the Steam sale and I still have a few more games that I’d like to pick up. I guess it all comes down to determining what games are going to eventually be at a lower price and what games are at the lowest price that they’re ever going to be (the Indie bundles). Tomorrow I’ll post a rundown on what the total damage to my bank account was and what games I came along with it. It’s frightening, in a good way (I think).
#Community
Login to vote this up!