The Backlog Project: A Plan of Attack 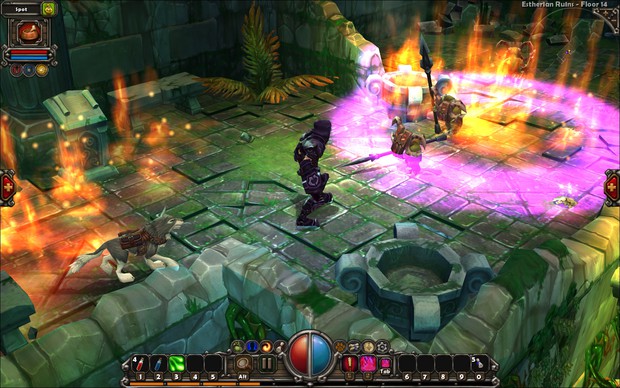 As anyone who has ever tried to conquer their backlog will know, the beginning is quite possibly the hardest part. Not only are you trying to tear yourself away from spending money on new games but you’re making a commitment to finish games you currently own. That means not paying attention to all of the new titles coming out every week and focusing on that huge pile of games you have sitting on your shelf. It’s hard but it’s something you have to come to terms with if you want to slowly bring that pile down.

The best thing you can do is devise a plan of attack. Like any good drug there is a phase of rehabilitation and it really is hard to quit cold turkey. For myself I have decided to go with a 5 game plan. Finish 5 games and open up a slot to treat myself to a new game. I don’t exactly know if it’s the best way to conquer my backlog but it does give me incentive to actually finish 5 games on my list while only adding 1. A huge step for someone like me who at one time was adding a new game nearly every week to my collection.

So what are the 5 games I have decided to start with?

Fallout: New Vegas – I was actually already playing New Vegas so I’ve decided to keep going at it until I finish it. Now I could rush through it but I’ve been having such a great time with it so far that I think it would be a waste to not see everything the game has to offer. I’m currently sitting at about 25 hours played.

Dead to Rights: Retribution – Yes I know what you’re thinking. “Why the fuck do you want to play that piece of shit?” I was actually thinking the same thing when I picked it out and let me explain my reasoning behind it. It’s short and it’s one of the most recent games I bought. I really want to get it off my list and the length of it seems perfect for what I’m trying to accomplish.

Torchlight – Last year I bought Torchlight and according to my Steam profile I have played it for a total of 5 minutes. Yes. FIVE minutes. Every person I’ve talked to about the game has told me how great the game is and it seems like a nice game to sit back and relax with.

Dragon Age: Origins – Ultimate Edition – This is a scary one but there is a reason it’s on this list. Last year I bought the vanilla game on Xbox 360 and only played it for about 5 hours. I couldn’t get over how it controlled and told myself I’d pick it up on PC. Well as many of you know, Steam had a huge sale and put the Ultimate Edition on sale for $25. I bought it and it’s one of the few games in my collection I’m really looking forward to playing.

Lara Croft and the Guardian of Light – I actually just recently picked this up and it seems like a nice short game to quickly knock off of my list. It helps that I’ve read a ton of good things about the game.

Along with the above 5 games, I’ve decided to add a few multiplayer games to my playlist to mix things up a little. I love single player games but I do also love shooting people in the face every once in awhile. The games I chose were Monday Night Combat, Call of Duty: Black Ops, and Team Fortress 2.

So there you have it. What I’m guessing will be the next month or so of gaming for myself and I can already tell that it’s going to be hell. Not that the above games are bad but more because the first quarter of 2011 is loaded with great games – the most notable in January being Dead Space 2. How will I cope? How will I not buy games? Hmm… maybe I’ve made a mistake here.
#Community
Login to vote this up!