2:42 PM on 12.31.2010 (server time)    0
It's the end of December, so 'Game of the Year' lists are inevitably flooding the internet, but given how I had yet to discover Destructoid in 2009 (what an empty life I must have lead!), I thought a 'Game of the Decade' list would provide something a little different and more interesting. As you'd expect, narrowing ten years' worth of gaming down to a list of ten was far from easy, so the titles that finally earned their places were chosen not only for their exceptional gameplay, but also influence on subsequent games and willingness to push the medium forward in some way. It's not remotely scientific or democratic – it's all personal preference when all's said and done – but hopefully it'll get some discussion going about the most revelatory game experiences you've had over the past eleven years. 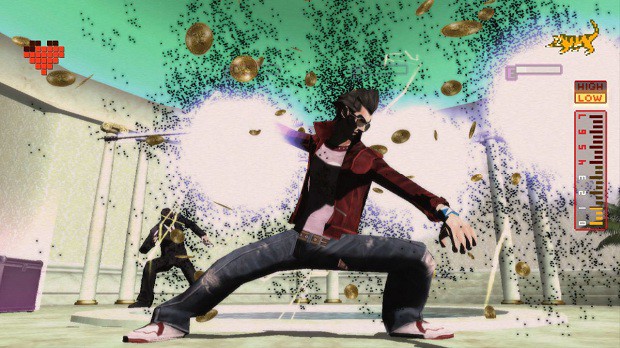 I can see this being a controversial choice for this list and even moreso as the ultimate winner. Most of the games listed here received significantly greater critical acclaim, not forgetting the ones I had to leave out. (Honourable mention here to Portal and Shadow of the Colossus, both of which I was trying to find a place for right up to the end). Yet throughout my long deliberations about where to rank each of the chosen titles, there was never any question that No More Heroes would take the top spot. Every game on the list has done something special to earn its place – Halo for changing the shape and culture of a genre, Braid for deconstructing one, Grand Theft Auto III for building a city of opportunities, Super Mario Galaxy 2 just for being wonderful, The Void for brilliantly using the player's sense of self against them, killer7 for its deceptive intelligence, Majora's Mask for revealing Zelda's heart, Pathologic for being a harrowing work of interactive theatre and Deus Ex for sheer ambition – yet none did quite so many of those things all at once as Goichi Suda's game, and with such unmitigated glee. No More Heroes is a deranged and iconoclastic love-letter to videogames and their players, scrawled in blood from a heart ripped out off a enemy's chest. In Travis Touchdown it had one of the most memorable protagonists of recent years, whose sheer charisma and impulse-driven momentum made following his blood-soaked path all the more exciting. As with Suda's previous game killer7, No More Heroes is a constant barrage of ideas and excesses, characterised by its unforgettable boss-battles which included a stage illusionist, a one-legged female soldier, a Paris Hilton-lookalike psychotic dominatrix and a schoolgirl samurai. Also in common with killer7 are the depths that lie beneath that spectacular surface, proffering subtle commentaries on the contradictions of a gamer's lifestyle (just as Ice-Pick Lodge's games use negative emotions to evoke themes, No More Heroes' side-job minigames toe the threshold of repetitiveness to make their point), modern society's lust for drama, plus Suda's recurring theme of tensions between East and West – this time cultural, rather than political. But more than anything, No More Heroes is my game of the decade because of how much it loves being a videogame. No other title these past eleven (*cough*) years has brought with it the same lunatic joy at being able to do what it does so well, be it the punchily visceral combat system, which uses the Wii remote to brilliant effect, or the freedom to throw surprises at the player with every turn. It's a cliché to say that a game reminds you of why started playing games in the first place, but No More Heroes is my Game of the Decade because in its own crazed and ecstatic way, it loves gaming just as much as its players do.

The Chronicles of Narnia: The Voyage of The Dawn Treader
#Community    #Rants
Login to vote this up!