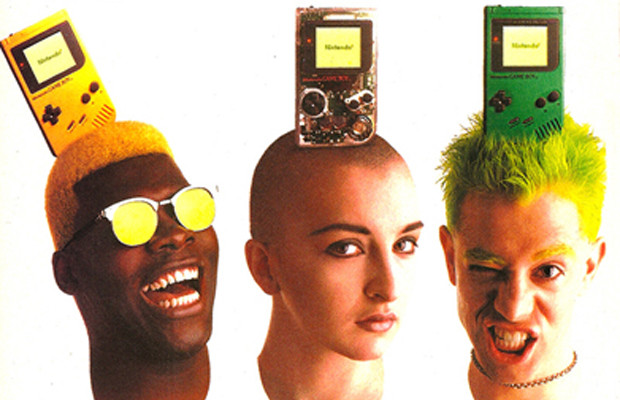 This generation of handhelds, a new concept was introduced. What makes a "good portable game." This notion never existed until this war. For example, Link's Awakening or Metroid 2 were never dinged as being "Horrible Portable Games" despite the prolonged activity required to play them. GBA featured many 40+ hour RPGs and emphasized bringing SNES era gaming experiences on the go. For RPG players, it meant Tactics Ogre, Fire Emblem, Golden Sun, Castlevania, etc. For Platformer fans, it had the best Sonic game in years, Mario platformers, among others. GBA was a great system for me and many other gamers BECAUSE it had games that defied the concept of what makes a good portable game.

Nintendo DS changed this. Suddenly minigames and short exercises in gameplay were considered fully featured and excellent portable games. The depth was disappearing and we didn't care. Chief among the PSP's crimes was focusing on the type of library that made GBA so great (which, to this day, leads me to be bashed whenever I say PSP is my fav handheld this generation). This has essentially lead to the further degredation of what is considered a full featured game. Nintendo, frankly, cannot compete with $.99 iApps and thankfully they don't want to.

When 3DS was debuted, many marveled at the hardware. For a PSP fan, it's a mild step up in graphics so it's not THAT mindblowing. I was paying attention to something else. MGS3, SFIV, MK, DOA, Kid Icarus, Dynasty Warriors, Zelda, Paper Mario, Starfox, Resident Evil, Pilotwings, getting the picture yet? Those are NOT what we've been sold as a "Good Portable Game." There isn't a "Tilt the screen to navigate a maze" game to be found. Why I'm excited for the 3DS is it looks like, at last, they're refocusing on the hardcore gamer.
#Community
Login to vote this up!