9:56 PM on 12.20.2010 (server time)    0
I posted a pair of covers that I made for BioShock and Bayonetta on Friday. People seemed to like them, so I spent a little bit of time this weekend cooking up a couple more.

Reading through the comments this weekend, someone suggested that I should make covers for new games. That got me to thinking and I came up with an idea for what I might do with a Dead Space 2 cover. But I already knew that I was going to make a Dead Space cover at some point and it seemed a bit silly to be making the second one first. To that end, this cover was made: 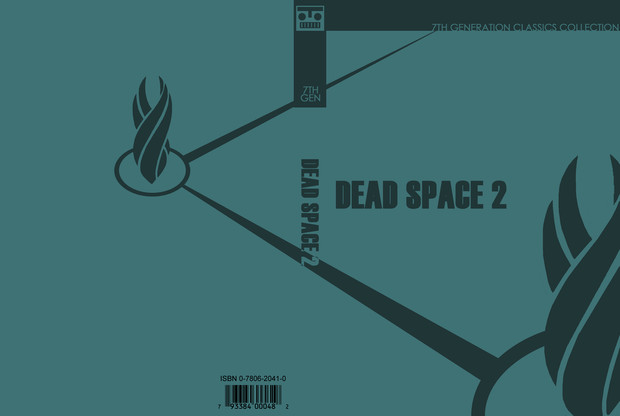 I like the colors on this one because their tones remind me of vintage books.

The template I use to make these can be downloaded from this link. It's derived from a template downloaded long ago and I have since lost the original zip file, but I did include the folder of fonts used by the template, so you'll want to install those if you don't have them already. As you'll see, it's already configured with guides and such and has a ton of logos already bundled in to make things easier.
#Community
Login to vote this up!