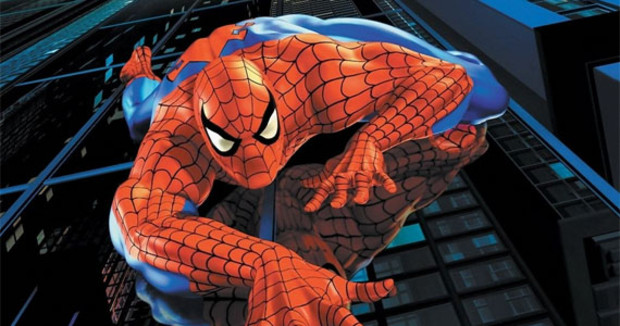 Spider-Man came web swinging away with an award.

Oh and the winner of the Most Anticipated Game award I mentioned at the beginning which consisted of heavyweight challenges from Batman Arkham City, Gears of War 3, Bioshock Infinite and erm..Portal 2 went to *cue dramatic tension* PORTAL 2!!! Yes I shit you not, Portal 2 won Most Anticipated game and after making sure i was reading it correctly, yes Portal 2 won and well done to Valve Corporation for winning....oh and I never heard of Portal 1 but after looking on Wikipedia for Portal 2, it�s a first person action/puzzle game...could be fun..enter my inner Batman fan boy. That winner of that award is bullshit, if i wanted to play an action puzzle game I would play on Columns or Tetris while getting into a fight with twenty biker gang members, I mean Batman Arkham City, sequel to record sales breaking, entering the Guinness Book of Records for Most Critically Acclaimed Superhero game ever with average scores of 91.67 and winner of several awards got beat by first person action/puzzle game . I wouldn�t of minded if Bioshock Infinite or Gears of War 3 beat Arkham City but Portal 2, that�s like saying Playstation 3 vs. X-Box 360 award�s winner is the SEGA Game Gear....clearly some clever people voted.


Look's like Nathan Drake has a long walk home.

Now among the two major trailers there was Mortal Kombat, The Elder Scrolls V: Skyrim, Resistance 3, Portal 2, SSX: Deadly Descents and Forza Motorsport 4 trailers along with announcements of a sequel to Prototype which considering it�s rival inFamous is bringing out sequel it was as inevitable as an old person moaning about the youth of today, along side a new game called Insane directed by Guillermero Del Toro and Volition who for those video game buffs will know they did the Saints Row games.

Now I only covered in depth a few awards that shocked me with the winners announced however the winners for all the awards are as followed:

Best Song in a game: �Far Away� by Jose Gonzalez (Red Dead Redemption)

On closing, the Spike TV Video Game Awards 2010 voted by video game journalists and not the fans which defeats the purpose of an Awards show, then again it is Spike TV so �nuff said really had some deserving winners and some winners that make you shake your head in disbelief and wondering what the heck are they doing in the video game industry, an awards ceremony where Playstation 3, 360 and Wii fan boys can all post on their respective forums and bash on each other and why their game should of won.

Now I did this blog covering the VGA for a few reasons, but the main one because some of the awards given to the winners are just underwear dropping at a house party shocking, and as with every blog everyone has their opinions, so on this blog I voiced my opinions on the VGA and some of the winners of their perspective awards but in my defense I did add light hearted humor, so if you comment on this blog with trolling saying how much I�m a douche, etc then you can expect Mr. Three Awards Kratos to head round your house for a polite chat.
#Community    #Industryevents
Login to vote this up!

Hailing from the United Kingdom, I got into gaming when i got the SEGA Mega Drive II for my ninth birthday on April 4th 1995 so I have been video gaming for over 15 years, so with my blogs known as The Dob i bring a wealth of gaming experience from the golden age of modern day gaming, The 8-Bit and 16-Bit era which coincidentally was my first ever video game blog on this website. Essentially i am still a newcomer to the video game blogs and this way i feel i'm one step closer to being hired by any video game website or even a magazine, then again i may not which is probably the case. But what the hey, i enjoying posting my thoughts on this website and as of the 01/12/10 i did my first video game review entitled "WWF Attitude".

Now with my blogs, they range from trips down memory lane to video game reviews to rants and to anything that pops into my head as materials, i normally write up my blog on MS Word before copying and pasting it, adding Blog headers (which i make by myself ) pictures relevant and the occasional video and once that's done i proof read and correct any grammar error's, etc before posting for your enjoyment.

I currently have a Playstation 3 as i prefer the Playstation's to the X-Boxes and no i'm no fanboy, though i do enjoy the banter.

The games i currently have Platinum trophies are as followed: