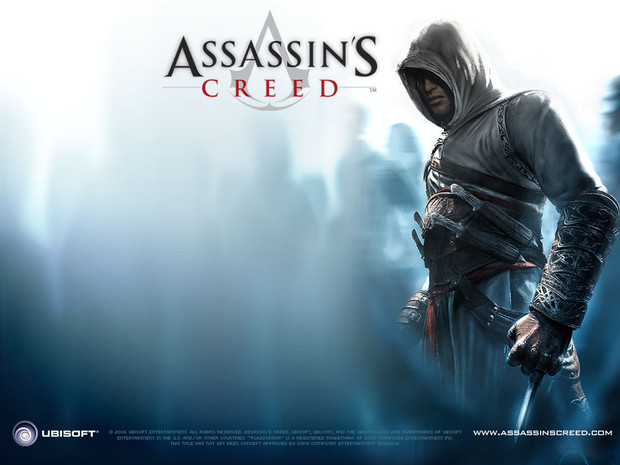 With public schools around the country failing, and boards, principals, teachers and parents looking for ways to make sure the rug rats and terrors of the nation have something of value between their ears, I submit a proposal: make them play video games for school.

So, Assassin's Creed. Why would it be a valuable learning tool? Well, do you remember public school? If you were at all like me you found it boring; I hated sitting in an uncomfortable chair for hours, unable to expel all my crazy kid energy while some old person talked about facts I neither cared about nor found relevant to my life (seriously, how does long division help me in life?). Sure there was recess, but even that was more terrifying than fun. I got to burn up my energy, but it was mostly used running away from the bigger, meaner kids. In short, school sucked.

I can not even begin to explain how pumped I would have been about school if I had gotten to go play video games all day, or even part of the day. I would have begged my parents to let me go, even if I was sick, or if I was given the option of getting a day off, and I know I am not the only one who feels that way.

School can not be all fun and games though. I mean, that would give kids the wrong impression. There would have to be coursework as well, like papers, tests and the like. By tricking kids into thinking that they are only having fun, however, they would stand the chance to actually learn something of value.

And the kids would be learning.

Beneath all of the awesome, free-roaming, stabbing, stealthing, hiding action of Assassin's Creed is a lot of history. The time periods, major figures and areas are all historically accurate. To a degree. Of course, like live action (I am looking at you Rome), games can not be completely true to history, or they would probably be a lot less interesting (though there are some notable exceptions here, such as the Civilization series, if you happen to like that sort of game), but Ubisoft did a fantastic job of blending history with fiction, so the kiddies would be learning, and having fun.

As anyone who has studied history at all know,s it was violent. There was a lot of death, murder, starvation, sickness, rape, conquest etc. etc. While I appreciate that parents want to shelter their children from the worst of what people can be, the truth is that it is still out there, and it happens. A lot. So yeah, maybe we would not be giving seven year Timmy or Anna a PS3 controller expecting them to stab dudes to death, but older kids could handle it, it is history; it happened (though maybe not quite the way Ubisoft portrays it, but as I said before, violent death was, and still is a reality).

Besides, we all know that assassins were real, as were secret organizations that ruled the world. So not only would children be learning and having fun, they would also gain a healthy skepticism of governments and those in charge. Not to mention it would of course, teach children how to be assassins.

Anyone else have any ideas for video games that could be used for learning? Not in the conventional Brain Age sort of way either...but the sneaky 'hey you're learning and didn't even realize it, sucker!' kind of way.


*There are some exceptions: some video games are not fun. Those would be used as punishment. Beating up another kid in class? Fine, enjoy an hour of this .
#Community
Login to vote this up!