Alot has happened since ErbilT so graciously took over the DCD column for me. DtoidSF has gotten bigger, I took a greater role in planning stuff for Destructoid at PAX this past year, and I organized the Extra Life gaming stream as well as helped set up the growing Dtoid Live stream on Justin.tv!

I think I'm a little crazy for wanting to take up this mantle again, but the whole reason that I started these blogs long ago was that I really did LOVE reading what the community had to say about certain topics....and I'm missing it again.

So here goes! As of this edition, I'm going to try to do my best to start DCD back up and spur some awesome discussion between community members and staff for your reading enjoyment! To get in the swing of things, this edition was fairly simple...I just asked our DCD google group (more on that later) about how Black Friday treated them. Below is the exact prompt as given:

"Every year, Americans give thanks for the things they have during Thanksgiving...and then right away, not content with what they DO have, they incite riots to buy even more stuff during Black Friday. The best deals can be found during this time, as people start planning ahead and buying the things that they want to give as gifts for the holidays. Are you guys planning on taking part in Black Friday? Are there any specific deals you took advantage of? If Black Friday came and went, do you have and trampling old lady stories?"

Read on to find out what the Dtoid Community had to say! 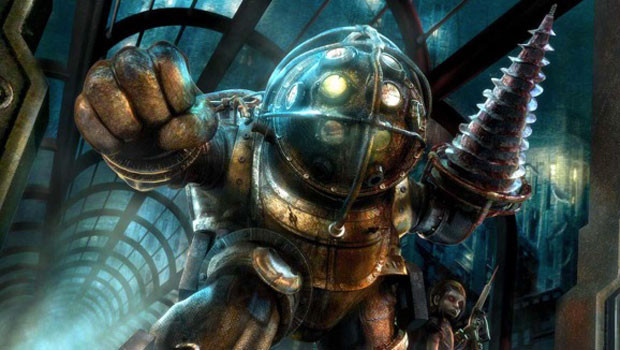 Joshhest caved and bought Bioshock 2 for $10. Wouldn't you?

I considered taking part in Black Friday this year. I tried justifying in a sense that since I have to drop off my girlfriend at work that night, I might as well stay awake and attempt to get my hands on a good deal.

Only two deals really caught my attention, which was a 1080p 40 inch LCD TV at Target for $400, and a free copy of Dance Central if you bough $25 worth of stuff at Old Navy. After I dropped my girlfriend off at the mall at 9pm, I drove to the nearest Target and noticed that there were tents set up outside. I don't know how long they have been there, but if you have to prepare for a store's opening by setting up a tent and camping out just to save a few dollars, I think I'll pass. That just takes way too much of my time that I could be devoting to other things. I'm sure those mods bring the worst out in people as well.

Black Monday isn't a thing here in the UK, so I've not got anything to add to this one.

This year's Black Friday was officially the one where I nor my wife ventured out and partook in the retail madness. It wasn't because we are allergic to deals, though I could certainly do without the claustrophobia of being enclosed with a large sum of strangers, no it was because for the first time I did all of my shopping online. Online retailers like Amazon just kinda make Black Friday null and void. When I can get the same prices and the majority of the time even better, what the hell is the point in going out trying not to get trampled on by crazy people all vying for the same thing the other two-hundred people behind them want?

So what notable items did I purchase worth bringing up? Here are a few I thought were pretty good deals:

-Lost: The Complete Collection.[Blu-ray] The pyramid one with the snazzy stuff in it. Price? $140.

-Madcatz Street Fighter IV TE Arcade Fightstick Round 2. Price? 149.99. Yeah that's regular price but Gameshark.com had a sale of Buy One Get One FREE. Hell, yes.

That's just a small sample of the shit ton of stuff I got, I'm not even mentioning the mess load of videogames I got. Amazon is like crack to me now. I'm constantly sifting through it like a frugal prospector sifting for golden deals. With most online retailers offering free shipping too, I believe future Black Fridays will no longer lull me to go out in the freezing cold, wait in a line whose length is from here to Zimbabwe, and try not to snap with people pushing and shoving. Instead I think from now on I'll sleep in late, drink a White Russian with my wife, and dive into Thanksgiving leftovers content that all my shopping was done with just a click of a mouse while others are still freezing their asses off fighting for that no-brand name HDTV doorbuster deal (which they only have one or two on hand) that is being offered to get them in. Somehow knowing others retail shenanigans were taking place at the exact moment I was chilling at home with the family at home made it even more enjoyable.

So, I'm in love with the hype of Black Friday. The chaos, the doorbuster deals, the satisfaction of getting out of the store with everything I wanted in five minutes while everyone else waits in line. What's more, it's been good to me: last year, I got my new Xbox 360 for $100 ($200 with a $100 gift card rebate), and that's been my video game fix ever since.

But unless you were looking for a TV this year, there wasn't a whole lot worth freezing for this year, especially with the online deals. My brother was looking for a Wii this year, and I found it for him- online, at the same $170 price that was offered in-store at Best Buy. No early morning, no cold.

As more and more shopping happens online, it seems like there's less and less reason to actually brave the crowds and the cold. The single best deal I found on Black Friday was actually on Xbox Live: 12 Creedence Clearwater Revival songs on Rock Band for $5.

There were years where I'd go out on Black Friday for the sole experience, of fighting through shoppers, nabbing quick deals, and generally just being out and about at 7 AM on a winter morning. This year, in light of the deals I found online, I didn't even have reason to bother. I'm a little disappointed in myself, honestly, and a little concerned that this "growing up" deal is affecting me a lot more than I'd imagined.

Well, thats all the replies I got for this topic! How about you? What did you end up buying over the Black Friday sales?

Anyway, I hope you enjoyed reading what some of your fellow community members got this past month! Now...this is where you come in, and where I talk about where this series is going.

Since I'm starting this series back up, I'd love some NEW community members to get involved! The way this works is that I have a google group set up that you can join so that I have your email addresses. From there, I come up with a topic and send out the prompt to the people who have been chosen to be on that installment of DCD. Usually discussion occurs for about a week, at which point I compile the responses together in a blog much like this one.

Now, here is where the blog series is going. Starting with the next installment, DCD is upgrading to become a front page feature! I plan to include a mix of Dtoid staff and community talking about a topic that either I come up with, or you decide on!

If this is at all interesting to you, get involved! You can join the list of people who are under consideration to be part of the discussion at this google group, or if you just want to make suggestions about topics you'd like to see staff and community discuss, let me know in the comments below!

Until next time!
#Community    #Rants
Login to vote this up!