7 Trends I'd Give A High Five 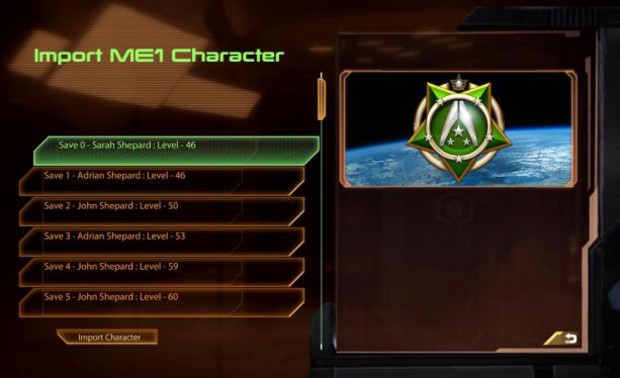 The first time I remember this happening was with the second Ratchet and Clank. The game let you import credits from the first game to give you some bonus funds. It really didn't matter that much, but did make you keep your save game. More recently it's been done in a much more elaborate fashion with Mass Effect 2. Mass Effect imports many of the decisions made in the first game and then organizes the world accordingly. Nothing was ever too explicitly different, the story had the same milestones regardless. However, it creates an association unlike anything I've seen before, and it's something that only video games are capable of.

By importing a Shepard from the previous game, it creates a much stronger tie between the character on screen and the player. Suddenly that Shepard is yours and to play anything else will feel foreign. If your a fan of the Mass Effect games and for some reason avoiding doing so, I'd by all means recommend playing through the two games. And don't just import a save you found because you miss the whole point of forming your own unique Shepard.

Bioware hopes to try it again with Dragon Age 2, though with a slightly different approach. Instead of having the character transferred, the world is reformed according to the player's decisions. This does seem to negate my praise for save game importing, but I still find myself look forward to seeing what resonance it will create. It would also be nice see it attempted by other developers, though understandably difficult.

All of these are fine mechanics and systems that I'd love to see refined and attempted by other studios. Or they could just go create more exciting ideas so I can write another list.
#Community    #Rants
Login to vote this up!