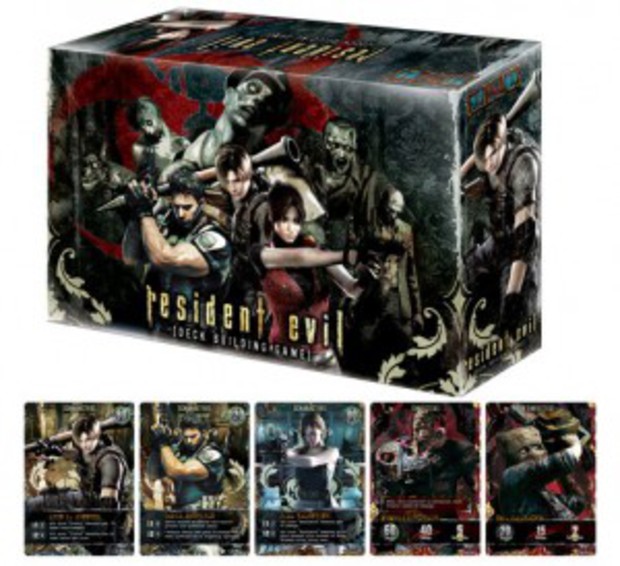 I sat down to give the game a shot and will likely be playing it a bit more this weekend as I'll be snagging a copy (I'm a sucker for deck building games). I tried playing the Mercenaries Mode and set the game up for two players.

Which leads to my first gripe, the rule book is poorly written and it could take heavy cues from Fantasy Flight Games or Zman Games books, as in pointing out where in the manual they are referencing for their information. My second gripe is that the game requires players to provide their own method of tracking health (via paper, or dice, etc). And finally, the games "awesome weapon in five stack" setup is a great choking point to keep people from affording other weapons...

So what is the jist of deck-building? It works like this, you build a deck by purchasing cards which give you more actions. Imagine something like Magic or Pokemon where everyone is basically building their decks through gameplay. Confused? I'll have a more detailed review up sometime next monday and I'll go over all of this.

Once we got past the horrid instructions, we started to play and it stands somewhere as a more involved Ascension or a less batshit insane Heroes of Graxia. Essentially, people who play these kinds of games will find very little new in concept except for the Mercenary Mode design, which I assume plays better with four (yes, I'll be testing that theory). Otherwise the game works exactly how you expect. Buy weapon cards, action cards, and draw the top monster from the deck and hope you kill it. The leveling up mechanic adds a little spice but not much. The game will be selling for $30 so for the curious, it is an excessively cheap game (thanks in no small part due to Bandai publishing) but with the much better Ascension only $10 more or Race for the Galaxy at a mere $5 more, it might be better to go there instead.

Of course all of this is speculative. One game does not a final opinion make.
#Community    #NOTvideogamesrelated
Login to vote this up!