Countdown to Epic Mickey: The Evolution of Mickey 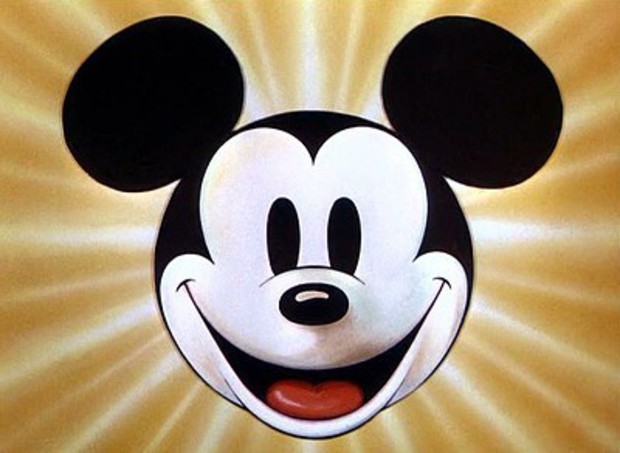 Yesterday, we took a look at how Oswald the Lucky Rabbit changed from his cartoon debut to his post-Disney years. Today, we'll take a similar look at Mickey Mouse himself.

First off is "The Gallopin' Gaucho," released in 1928. It was the second Mickey Mouse cartoon produced, although like "Plane Crazy" before it, it failed to find a wide audience until after "Steamboat Willie" was a hit, at which point it was re-released as a sound cartoon.

Mickey was still developing as a character here. His eyes, for example, seem to change midway through the cartoon. In addition, he is seen smoking and drinking. This makes sense, given the setting, but it was enough to keep the cartoon locked in the Vault for quite sometime.

Next up is 1938's "Brave Little Tailor." This short, which was nominated for an Academy Award, really puts Mickey in the "unwitting hero" role. It is also notable for a couple other reasons. First, you'll notice that Mickey has no tail in this cartoon. In 1938, Disney experimented with a new design for the mouse, sans tail. It wasn't as well-received as they'd hoped, so he eventually did get his tail back. In addition, this was the last Mickey cartoon to feature his original black eyes. After "Brave Little Tailor," Fred Moore redesigned Mickey with the face and eyes that we now associate with the modern Mickey.

Finally, we have "Runaway Brain," released in 1995. One of Disney's first theatrically-released shorts in years, it had a very modern feel to it. While it's become a cult classic, it scared a lot of executives at the time. I guess they thought it was too "edgy." And in a way, it was edgy: Mickey ignores Minnie because he's too engrossed in a Mortal Kombat-type of game featuring the Seven Dwarfs fighting the Hag, the death of the villain is mined for laughs, and Minnie wonders what Mickey will think of her bikini.

One of the great things about this cartoon is the sheer number of inside jokes. A partial listing: Dr. Frankenollie is named for two of Disney's most legendary animators (and frequent collaborators), Frank Thomas and Ollie Johnston. These two also have a cameo in The Incredible, as the old men noting that "There's no school like the old school." There are the obvious "Steamboat Willie" references, including the song Mickey whistles on the doorstep (which also plays, Hawaiian-style, over the credits). The meanest joke? As Mickey falls down Frankenollie's trap door, a pink slip with the initials "JK" flies by. The previous year, Michael Eisner had fired Walt Disney Pictures Chairman Jeffrey Katzenberg. Ouch.

And so concludes my Countdown to Epic Mickey. I hope you all have enjoyed this. I've had a good time putting it together. Come tomorrow, I'm putting on my Mickey Mouse pajamas and sitting on the couch all day, exploring the Wasteland. Who knows? Some of these cartoons might come in handy.

Previous Entries
The Evolution of Oswald
The Sorcerer's Apprentice
The Mad Doctor
Rival Romeos
All Wet
Steamboat Willie
Plane Crazy
#Community
Login to vote this up!