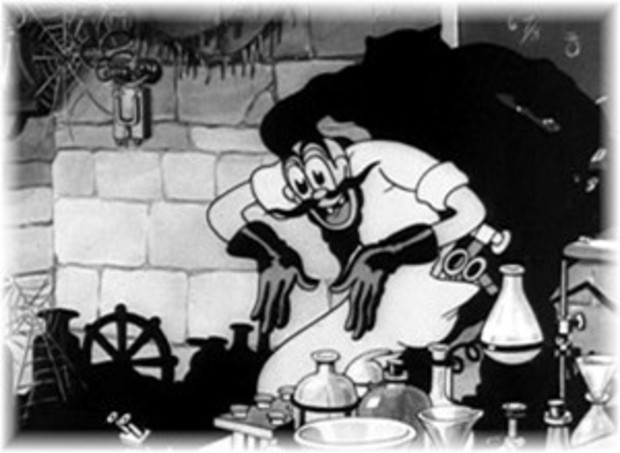 After two days with Oswald, it's time to return to the mouse. And along the way, we'll meet an important character from Epic Mickey: The Mad Doctor.

The Mad Doctor only appeared in one cartoon, but he made an impact. Some theaters refused to carry the cartoon, thinking it was too scary for kids. It's fondly remembered as a classic cartoon, though, and was a big change of pace from Mickey's usual fare. And if you're a fan of old-school Mickey games, you've played through this cartoon before: it was the second level of the 16-bit classic Mickey Mania.